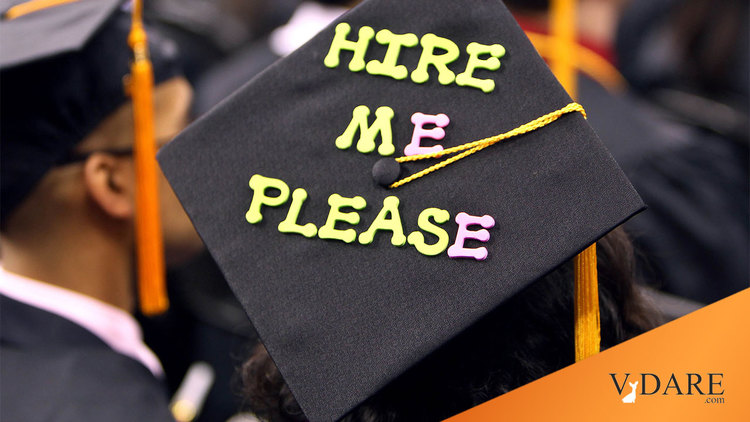 ZeroHedge and Revolver.net appear to have a competition going to provide patriots with useful stories/ammunition on America’s Immigration disaster. They are performing the task formerly done by the now-turned Drudge Report (I thought Matt Drudge’s sale was to be announced after the election?).

ZeroHedge posted a zinger on Tuesday night with Up To Two-Thirds Of Entry-Level Tech Jobs Go To Foreign Guest-Workers From Unranked Colleges by Tyler Durden:

…two-thirds of entry-level tech jobs go to foreign guest workers from low-ranked colleges who don't dare complain about long work long hours and low wages lest they destroy their chances of a green card—as opposed to hiring debt-laden American graduates….

In total, "OPT participants accounted for anywhere from one-third to one-half of new hires. If you add H-1B candidates, up to two-thirds of openings went to guest workers,"

The Bloomberg piece helpfully explains that “Optional Practical Training” which enables international students to work in the U.S., technically as part of their studies, was utilized to end-run the defeat of the Bush 2007 Amnesty:

…the median annual wage in IT occupations rose just 3% between 2014 and 2019, while employment jumped 18.7%... if the U.S. really lacked skilled workers, wages would be rising sharply. Instead, we see mild wage growth and tens of thousands of candidates beyond the available supply of jobs.

Businesses that hire foreign students are exempt from paying Medicare and Social Security taxes, amounting to a discount of 7.65%.

The truth is, the U.S. doesn’t need any more race-to-the-bottom computer programmers. Only its tech behemoths and their shareholders do.

Neil Munro’s adept summary also draws attention to a Breitbart article by him on March 4th, Joe Biden’s Deputies Help Foreign ‘Students’ Get Careers Needed by U.S. Graduates, about which he tweeted:

That's a reversal from Trump, when his deputies quietly tried to help American grads get the jobs.

In essence, political corruption has enabled a foreign community to colonize what should have been a virile sector of the economy—one which had the capability to supply many Americans with a decent lifestyle. But corporate greed ruled.

And the issue is the more intractable because the inflow is dominated by Indians. The Biden Administration even more than the Obama Administration is about favoring colored people of whatever provenance over white Americans.

Until this fact is generally recognized nothing will be done about this atrocity.