Another BLM Narrative Collapse. Americans Will Opt For Law And Order.

Another month, another race riot, another Black Lives Matter Narrative Collapse, this time in Charlotte, North Carolina. Do BLM activists and their sugar daddies not know how this movie will end?  Let me help them: AMERICANS WILL OPT FOR LAW AND ORDER. 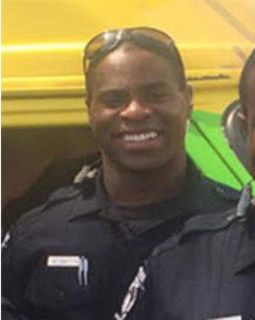 Shortly before 4pm on Tuesday, September 20th, Officer Brentley Vinson of the Charlotte police force shot and killed 43-year-old Keith Lamont Scott in the parking lot of an apartment complex. Both the shooter and the shootee were black.

As usual in these cases, we got a Narrative about an innocent black man minding his own business when, for no reason whatsoever, he was shot by cops who just felt like shooting someone. The family of the deceased actually told media that Scott was reading a book in his car while waiting for his son to be dropped off by a school bus.

They burned and looted stores. They beat up a white guy. One protestor was shot dead, apparently by another protestor. 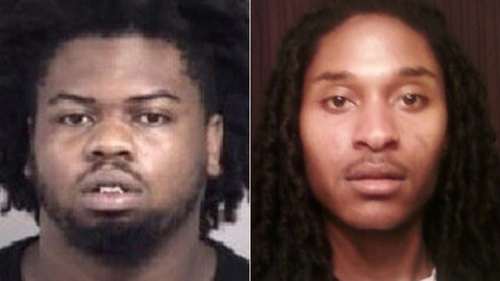 They tried to throw a news photographer into a burning fire. A CNN reporter was assaulted on camera.

All the usual Black Lives Matter lies and nonsense were brought out for display, to whip up the mob: "Hands up, don't shoot!"  "No justice, no peace!" … You know the script. If you don't, your local George Soros representative will be happy to advise you.

Then Narrative Collapse set in. Video was released showing the cops yelling at Scott many, many times to "drop the gun." There was no book. There was a gun. We even found out how Scott acquired the gun: A career burglar, who'd stolen the gun from a household, admitted having sold it to Scott.

Scott himself, far from being a model citizen perusing a copy of Immanuel Kant's Critique of Pure Reason while waiting for the school bus, turned out to be a low-life hoodlum. October last year his wife had filed a restraining order against him. A Charlotte cable station published the actual order. The wife wrote on that order: "He says he is a killer and we should know that."

At this point the Social Justice weenies pipe up saying something like: Having a long and ugly rap sheet doesn't mean you deserve to be shot.

I agree, it doesn't. It sure makes it hard to summon up much sympathy for the guy, though.

Here's a story. A couple of years ago I was at a dinner with several other people—fifteen, maybe eighteen of us altogether. We were all white, middle-class New Yorkers, median age about 45. I forget the exact context; but the subject of crimes and police procedures came up and someone asked for a show of hands on how many of us had ever been arrested and booked for a crime.

Not one hand went up.

I recall thinking at the time that I would have expected one, maybe two. As I said last week in a different context, everyone has a past. I myself have never been formally booked, but as a teenager once, I and a friend were caught by a cop when committing some serious vandalism. We were taken to the station house and humiliated in front of our angry parents.

But no, four decades later in New York, not one hand went up.

I quietly wondered if everyone around the table was being totally honest. On reflection, I think probably we were. Ordinary middle-class people, raising families and doing humdrum jobs, just don't interact with law enforcement, other than for an occasional traffic ticket.

It's worth keeping in mind the huge distance between the criminal classes, to which Keith Scott can fairly be said to have belonged, and the rest of us. Nobody has to be a criminal. Nobody has to go to jail. If you're shaped like that, I have to say, I don't much care if you get shot.

The shooting of Keith Scott—by a black officer, remember—was, in my opinion, to be blunt about it, a net gain for civilization.

Sure, I know: law enforcement occasionally screws up, and the justice system is imperfect.

Even there, though, a good helping of skepticism is appropriate. That gap I spoke about, between criminals and the rest of us, is one that I think law enforcement professionals have an acute awareness of. They know who the bad guys are. I'm sure there are people in jail right now who are innocent of the precise thing they are in jail for. But I doubt many of them are guys you'd want to have around to your house for dinner.

Probably Shawshank Redemption cases do happen. But I doubt that your chances of that happening to you, if you are not a career criminal, are anything like as high as they are for being struck by lightning.

I guess I really have no patience with crime or criminals. I'll include rioters in that.

Watching footage of the Charlotte riots on TV, my main thought was: Why don't we get serious? This was a major civil insurrection, an act of war against the law-abiding citizenry.

OK, we're told that the National Guard came out, and North Carolina state troopers, and something called "conflict-resolution experts" from the U.S. Justice Department. (I can just see those latter ones, can't you? With their clip-boards and soothing words, down among the rioters, asking: "How did the shooting of Mr. Scott make you feel? …") We're told that tear gas and pepper spray were used.

On behalf of the law-abiding majority I'd like to ask: That's it? Hasn't anyone down there heard of water cannon? Of rubber bullets?

Come to think of it, what's wrong with real bullets? If people are looting and burning stores, beating up random whites, tossing rocks through the windshields of family cars with kids in them, why should not those people be shot down?

Injustice is not popular, and shouldn't be. But major civil disorder is really unpopular. When order breaks down in a really serious way, the mass of citizens will throw justice out the window to get order back.

Is this a lesson our society needs to re-learn? I truly hope not.

But I'm beginning to wonder.