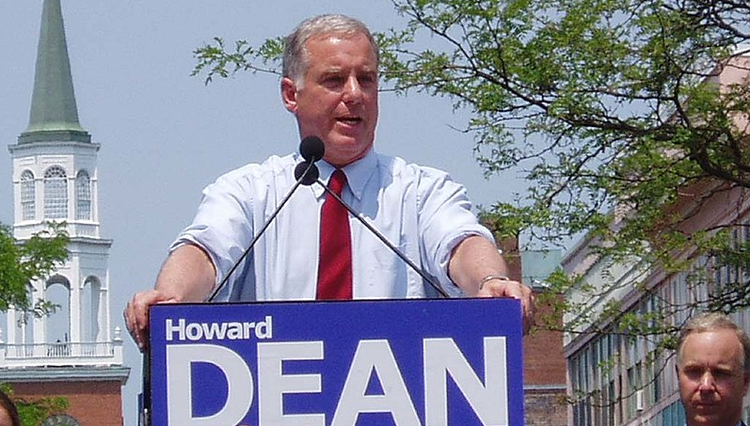 Blacks May Make Dean Democratic Candidate – But What Then?

It's hardly news when the Rev. Al Sharpton denounces a white politician as "anti-black," but when the veteran racial demagogue who gave the world the Tawana Brawley hoax blasted his fellow Democratic presidential candidate Howard Dean last week, there was a ripple in the press. [Sharpton Calls Dean's Agenda 'Anti-Black,' By Brian Faler, Washington Post, October 29, 2003]

There was no reason there should have been more than a ripple, but what was really important about Mr. Sharpton's accusation is not what it says about the black clergyman from Harlem but what it might tell us about Mr. Dean: He may be on his way to winning the Democratic nomination next year.

The reason is that Mr. Dean seems to be extremely popular with a great many of the black voters on whom Mr. Sharpton was counting to support his own candidacy.

And the larger point is that if you do win the black vote in the Democratic primaries, you are likely to win the party nomination.

Ever since 1988, when the institution of "Super Tuesday" was established, blacks who vote in the several Southern primaries held simultaneously on that day have largely determined who the front runner for the party nomination is.

In 1988, it was Jesse Jackson who walked off with what Congressional Quarterly called "nearly unanimous [black support] across the South on Super Tuesday" with only 14 fewer delegates than Michael Dukakis, who eventually won the nomination by mobilizing white ethnics.

In 1992, the Super Tuesday victor was the obscure governor of Arkansas, Bill Clinton, later called "America's first black president." He won (and catapulted himself into the front runner position) by taking 71 percent of the black vote in the day's primaries.

In 2000, Vice President Al Gore and his main rival, Sen. Bill Bradley, spent most of their time in lily-white Iowa bickering over who would do more for blacks. Blacks went for Mr. Gore by some 85 percent on Super Tuesday. Mr. Bradley dropped out soon afterwards.

The brute fact of the Democratic Party is that black voters make up about 40 percent of the Democratic electorate in Southern primaries, and because those primaries come fairly early in the electoral season and because blacks almost always vote as a bloc, the contender who can win black support makes himself the front runner. Unless one of his rivals has a secret weapon of mass political destruction, he soon wins the nomination.

So why would Mr. Dean, a white Yankee from a white state, win black votes?

It's not clear why, but he does seem to win a lot of black favor. The immediate reason Mr. Sharpton denounced the Vermonter is that Rep. Jesse Jackson Jr. endorsed him instead of the Harlem race-baiter. Mr. Jackson is not a major powerhouse himself, but his father's name among black voters is. The father is staying out of the primaries, much to the displeasure of Mr. Sharpton, who wants his endorsement.

As for Mr. Dean, last summer he purported to a black audience that a song by a famous hip-hop artist was his own personal favorite. No doubt his wife and kids hear the governor humming it in the shower every morning.  But—contrary to Mr. Sharpton's accusations—he's made pretty explicit appeals to blacks in the course of his campaign—and it seems to have worked.

The Washington Times reports that 10 of the 13 (all black) members of the District of Columbia's City Council, as well as several black congressmen, state legislators and county officials, have already endorsed Mr. Dean.  He "has actively sought to improve his appeal among black voters," and one of the endorsing councilmen, Adrian Fenty, says the ex-governor "is the only one [of the Democratic candidates] who has come out to talk to us." [Blacks show interest in Dean, By Brian DeBose, Washington Times, October 26, 2003]

This doesn't mean Mr. Dean will win the black vote in the primaries or that he'll get the party's nomination. It does seem to mean that he understands how to get them, and the way to do one is the way to do the other.

The problem for the Democrats, of course, is that in order to win the black vote to get the nomination, they have to ignore and often alienate the white voters who settle the actual election. I can't tell you who the last Democratic nominee to win a majority of the white vote was, but it hasn't happened since at least 1972. In every election but two (1992 and 1996, when the Republican and Ross Perot split the white vote), a white majority has voted Republican.

Mr. Dean may get the party's nomination and he may win all the black (and Hispanic) votes there are, but without the key constituency of white voters, the door to the White House doesn't open.