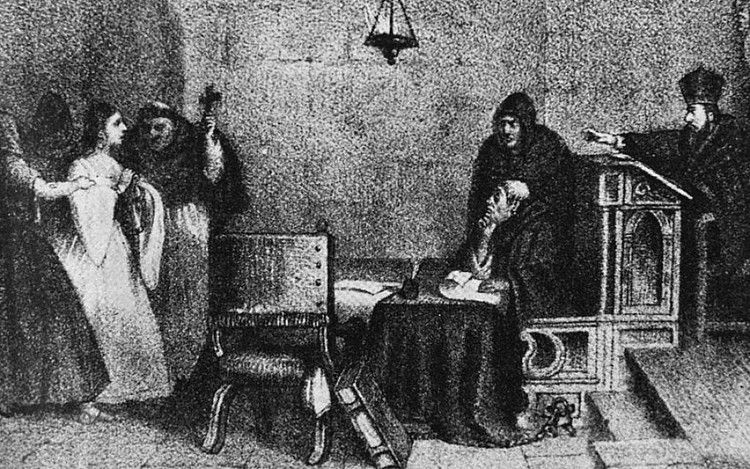 "They cannot speak English, but one word they know. 'Racialist,' they chant. When the new Race Relations Bill is passed, this woman is convinced she will go to prison. And is she so wrong? I begin to wonder."

— An anonymous constituent of Enoch Powell, quoted in his Birmingham speech, April, 1968.

The First Amendment to the United States Constitution states that "Congress shall make no law respecting an establishment of religion, or prohibiting the free exercise thereof; or abridging the freedom of speech."

But in modern America, the race relations industry has not only abridged freedom of speech, it has become something of an established religion.

Actual religion is persecuted, but "race relations" is mandatory.

If the ACLU were consistent in its persecution of religious believers, Martin Luther King's famous "I Have A Dream"  speech could not, in principle, be delivered at any college commencement, or on any public platform. Dr. King was a Baptist minister of the Gospel. His speech contained 5, that's F-I-V-E, direct references to God (count them by clicking here) and a great deal of Biblical imagery. That's the kind of thing that is being chased out of the public square everywhere in America. But in 1998 CNN reported that MLK day was being celebrated with "Prayer and volunteerism."

Try celebrating Thanksgiving with prayer sometime, and see how far you get.

Not only is "race relations" a new religion, it's entering a Spanish Inquisition phase where it burns people at the stake.

In Idaho, a man named Lonny Rae has been charged with malicious harassment, as first reported here by Sam Francis last week. I can't see any evidence that he's committed an actual crime. But he offended multicultural manners when he got in a scuffle with Kenneth Manley at a high school football game.

Brad Hem reports in the Idaho Press-Tribune that:

In October, Notus High School defeated Council High School in a football game that sent Notus to the playoffs and ended Council's season. During the game, Council fans became upset at the referees because they thought there were too many penalties called.

Rae's wife, Kim, was covering the game as a freelance reporter and photographer for the Adams County Record. After the game, she tried to take pictures of the referees because she thought it would add to her story.

When she continued to snap pictures after the referees had asked her to stop, one of the officials, Ken Manley of Boise, was reported to have grabbed the camera and pulled it, causing the strap to burn Kim Rae's neck.

The two were separated and the referees entered the locker room. Witnesses said Lonnie Rae began yelling at Manley, who is black, and repeatedly called him the "N-word." Rae declined to comment Monday.

Rae's lawyer, Dan Hawkley, said his client was simply coming to the defense of his wife, who was simply doing her job.

"It's our contention that in fact the usage of the racial slur was not racially motivated," Hawkley said. "He probably would have used some other word had the official been white."

I spoke to Edgar Steele, the lawyer for Lonny Rae. He said that the prosecutor had decided to go with felony charges, for a possible maximum of five years in jail. In Steele's view, this case marked the dividing line between previous hate crime cases, involving some actual crime, such as a beating or a murder, and the thought crime type of law that Canada's Criminal Code has, in which it's the advocacy of "hate" against a particular group that's illegal.

Steele told ABC that he thought that "the charges have less to do with the law than officials who are overly sensitive to characterizations that Idaho is a haven for white racists. He says Rae is being scapegoated for the sake of the state's image."

The county prosecutor, Myron Gabbert, who made the decision to prosecute this as a felony that could lead to five years in jail, denies this, saying, in effect, "The statute made me do it."  This, of course, is nonsense. Prosecutorial  "discretion" is exercised all the time.

The reputation of the state of Idaho comes into another Press-Tribune story, in which a lawyer for Lonny Rae was asking for a change of venue out of the small town where the incident occurred.

Because of press coverage and Council residents' attitudes toward the Raes, Hawkley said it would be nearly impossible to find 12 jurors there who aren't biased. He also fears jurors would find Rae guilty to avoid perpetuating Idaho's reputation as a haven for racists.

The problem with Idaho's reputation is not caused by the small number of white racists in various small groups in Sandpoint or elsewhere. It's caused by Morris Dees, and by media frenzy, the same kind of frenzy that has recently given many people the impression that "intern" is the most dangerous job in America.

The SPLC's Intelligence Project has identified nine of these groups in Idaho, but they are not exactly a "force upon the plain" numerically. And according to both Rae's lawyer, and Brad Hem at the Press-Tribune, Lonny Rae has never been a member of any of these groups.

The Spanish Inquisition aspect of the "race relations" religion is demonstrated when an old age pensioner is prosecuted in England for writing graffiti saying "Don't forget the 1945 War" and "Free Speech for England".

Just as he was finishing his display, Mr Staunton was arrested by the Merseyside Police. The cost of repairing his criminal damage is estimated at £80—not a large sum, and the wall painted on is soon to be demolished. Bearing also in mind his age and previous good character, one might think he would have been sent home and advised to keep his political high spirits under better control in future. Instead, he was charged with racially-aggravated criminal damage under section 30 of the Crime and Disorder Act 1998. The maximum penalty for this offence is 14 years imprisonment or unlimited fine or both.

The Spanish Inquisition operates in Maryland when a man is given ten years for burning a cross. Compare this to the nine years mobster Carmine Agnello was offered in plea-bargaining for firebombing a building.

Man given 10 years for burning cross

A man involved in a 1997 cross burning at Bowie [Md.] High School was sentenced to 10 years in prison without parole yesterday.

"This sentence sends out a clear message: There is no place for hate crime in the 21st century," said Lynne A. Battaglia, U.S. attorney for Maryland.

The Spanish Inquisition operates in Michigan, and this time the Inquisitors are actually Spanish-speaking:

As Barton and her family tried to make their way through the crowd, a man—in Spanish—asked his wife to make room for them.

Barton, who does not understand Spanish, told her mother: "I wish these damned 'spics' would learn to speak English."

Carol Benitez, one of the Spanish speakers and an off-duty Manistee County Sheriff's deputy, followed Barton outside and copied her license plate number...

None of these people has done anything at all serious. There is a great deal of interracial violence in the United States. (Most of it is black-on-white crime, of course.) But that's not the issue here.

The victims of this new Inquisition are accused of heresy. They failed to observe the conventional pieties of the new established religion. They thought that they lived in a free country. That was their mistake.

The thing about this new religion is that it's established. Like the medieval church, it has its enforcement arm, its universities, its demands that the Armed Forces and the legal system be staffed only by those who believe.

When Enoch Powell spoke against Britain's Race Relations Act in the 60's and 70's he was protesting the creation of a privileged class of victims. The British law is actually written so that only members of a minority group could make a claim.

U.S. laws can in theory be applied to black racism, as they're constitutionally required to be color-blind. But, as David Horowitz points out, according to the race relations industry, "Only whites can be racist."

Idaho's law states that that:

"It is not the intent of this act to interfere with the exercise of rights protected by the constitution of the United States. The legislature recognizes the constitutional right of every citizen to harbor and express beliefs on any subject whatsoever and to associate with others who share similar beliefs."

But in practice, it might as well say "Except for heretics, who shall be burned at the stake."  If you don't believe exactly what the Church Of Race Relations wants you to believe and if you don't say it in the tone they want, using the language they prescribe, then you should think about taking out fire insurance.

War On The White Working Class
<< Previous
Next >>
LATEST