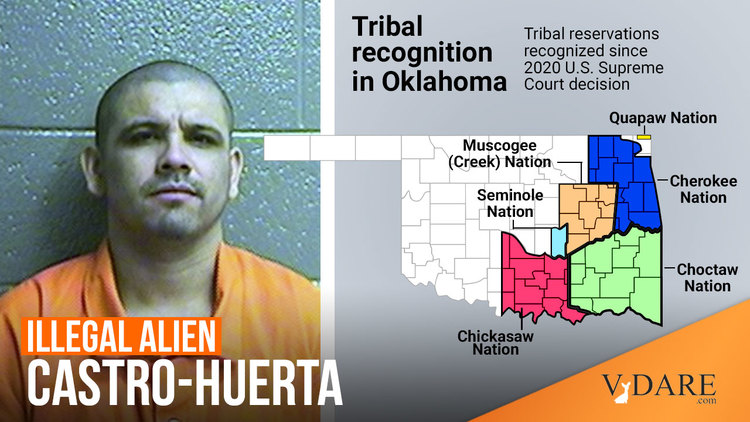 Two years ago, the U.S. Supreme Court ruled in in McGirt v. Oklahoma that 43 percent of Oklahoma, most of the state’s eastern region, including Tulsa, is  Indian reservation land. The preposterous ruling proscribed state and local law enforcement from prosecuting crimes in cases involving Indian victims or perpetrators, even though tribes and the federal government don’t have the resources to do so. Comes now another SCOTUS decision, Oklahoma v. Castro-Huerta, in which one of VDARE’s signature issues, illegal immigration, intersects with and refines McGirt by permitting the prosecution of non-Indian criminals. 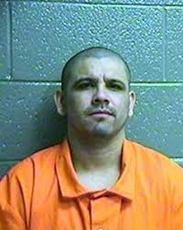 McGirt was preposterous because not one Indian in Oklahoma has lived on what we traditionally understand as a reservation since the Sooner State joined the union in 1907. But at least Castro-Huerta will help law enforcement a little, thanks to Victor Castro-Huerta himself.

My radar went up on this one because a dual Spanish surname suggested he wasn’t born here, which in turn suggested he might just be an illegal alien.  Corporate media articles, as is typical, were silent about that. But the decision itself is not: “Castro-Huerta is not a U.S. citizen and is unlawfully in the United States,” wrote Associate Justice Brett Kavanaugh, who prepared the majority decision. 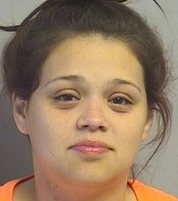 Yet unlike Warren—aka Fauxcahontas—the wife is an Eastern Band Cherokee, a tribe that did not migrate west but instead stayed in North Carolina, where its members still reside and have their own reservation. (For the record, no tribe recognizes 1/1024th Warren as a member).

Before their arrest, the Castro-Huertas were raising a 5-year-old, legally blind daughter who also suffers with cerebral palsy. She, too, is an Eastern Band Cherokee.

Then again, “raising” isn’t exactly what they were doing. It was more like they were trying to kill her, given the way the SCOTUS decision describes her condition:

Dehydrated, emaciated, and covered in lice and excrement, she weighed only 19 pounds. Investigators later found her bed filled with bedbugs and cockroaches. 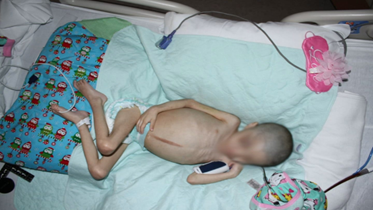 Both pleaded guilty to child neglect, with Castro-Huerta receiving a 35-year-sentence, and Calhoun landing life.

You know what comes next. Castro-Huerta and his lawyers cited McGirt to overturn the conviction.

On April 27, SCOTUS heard the case, the last in which Justice Stephen Breyer participated [In Justice Breyer’s Final Oral Argument at SCOTUS, Court Considers Whether Oklahoma May Prosecute Crimes Committed on Indian Lands, by Elura Nanos, Law & Crime, April 27, 2022]. A day after the decision was announced on June 29, Ketanji Brown Jackson replaced the retired Breyer [Making history, Ketanji Brown Jackson sworn in as Supreme Court justice, by Libby Cathey, ABC News, June 30, 2022].  We look forward to seeing what sorts of decisions she will support.

Castro-Huerta’s legal maneuver failed. In a 5-4 decision, SCOTUS ruled that “the Federal Government and the State have concurrent jurisdiction to prosecute crimes committed by non-Indians against Indians in Indian country” [emphasis added]. Thus, the decision limits McGirt.

As for Calhoun, “although she is attempting to have her state prosecution vacated under McGirt because the crime was committed in Indian Country, federal prosecutors contend the case is not likely to be reopened. As a result, they agreed to withdraw the federal indictment against her but have reserved the right to refile should the legal landscape change” [Supreme Court takes up contentious Indian Country case on final day of session, by Acee Agoyo, Indianz.com, April 27, 2022].

Reaction in Oklahoma was mixed, as one would expect.

“Today’s ruling provides greater clarity for the City of Tulsa as we carry out our most important responsibility: enforcement of the law,” said a grateful G.T. Bynum, mayor of Tulsa, a city of more than 400,000 that McGirt made part of the Creek and Cherokee “reservations”:

The City entered an amicus brief in this case out of a desire to share the practical experience of the Tulsa Police Department and to better understand the Court’s interpretation of the McGirt decision, which impacts our role in protecting victims of crime. I want to thank the Court for providing greater clarity on this specific question, which will allow us to better serve all Tulsans.

But leaders of the Creek, Cherokee and Choctaw tribes were in no mood to smoke the peace pipe:

Muscogee (Creek) Tribe—The U.S. Supreme Court’s ruling today in Castro-Huerta v Oklahoma is an alarming step backward for justice on our reservation in cases where non-Native criminals commit crimes against Native people. It hands jurisdictional responsibility in these cases to the State, which during its long, pre-McGirt, history of illegal jurisdiction on our reservation, routinely failed to deliver justice for Native victims.

Choctaw Chief Gary Batton—To be clear, this ruling does not affect the main holding of the McGirt decision.

In fact, as I wrote, the Creek “reservation” is a fiction, and Castro-Huerta provides more protection for rank and file tribal citizens. As for Batton, you got that right, Chief! McGirt goes beyond law enforcement and could affect the state’s ability to collect taxes from Indians. More on Hoskin in due course.

What rank-and-file Indians think of the decision is a guess, at best, although Jonathan Small, president of the Oklahoma Council of Public Affairs, offered a clue in the article cited above:

Few Cherokees are directly involved in tribal government. The tribe reports that more than 400,000 individuals are Cherokee citizens, but less than 14,000 voted in the last election for tribal chief. (Similar trends are also notable for the Muscogee Nation, which claims 86,100 citizens.)

David Hill, chief of the Muscogee Tribe, calls Oklahoma Governor Kevin Stitt “just the head of the state” while he himself is “head of a nation.” Nevertheless, Small observed, “David Hill was elected Muscogee principal chief with 3,399 votes. Kevin Stitt was elected Oklahoma governor with 644,579 votes.”

And Small, who is black, by the way, also noted that Hoskin had to reverse his recent attempt to take down the Oklahoma flag at Cherokee tribal facilities:

Hoskin’s action drew a swift rebuke from other Cherokees. When announcing he was reversing course, Hoskin said he had “heard from many Cherokee citizens” and “the vast majority were opposed” to his flag order. Many were concerned it “further divided the state and the tribe.”  Put simply, there was a huge gap between Cherokee leadership and Cherokee citizens, most of whom do not view their home state with hostility.”

So we don’t really know what most Indians think of the issue. We do know what can be done about McGirt. The Cherokee Nation’s Hoskin offered an idea when he referred to “the basic principles of congressional authority and Indian law.”

Let’s elaborate. Article I, Section 8 of the Constitution says “Congress shall have Power…To regulate Commerce…with the Indian Tribes.”

That means Congress can declare that the entities that gave rise to McGirt are not reservations and have not been since 1907, which would return Oklahoma to pre-McGirt law enforcement and tax collection—a good system for the tribes and for all Oklahomans.

It’s hard to imagine Congress having the courage to do so. But I’d love to be proven wrong!