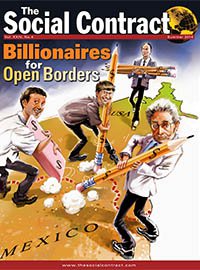 Steyer is no novice at this sort of thing. In 2014, he pledged $100 million to Democratic candidates on condition that they oppose the Keystone Pipeline. According to The Guardian, Steyer was the biggest single donor of the 2014 election cycle. [Tom Steyer: the green billionaire pouring millions into the midterms,  By Suzanne Goldenberg, October 26, 2014] Steyer’s anti-Trump Spanish-language ads have been broadcast during the run-up to the June 7th California Primary, on Spanish-language networks Univision and Telemundo, and Spanish-language websites.

The current ad, entitled Vota (“Vote”) is brief, and actually most of the audio is in English, except the strategic conclusion.

What the ad does is play a couple of previous and well-publicized quotes (with audio and video) from Donald Trump, spoken by Trump in English with Spanish subtitles.

The first Trump quote, from his kickoff campaign speech:

When Mexico sends its people…..they’re rapists…

Notice that most of the speech’s original content is eviscerated, implying that Trump said that all Mexicans who go the U.S. are rapists, which he specifically did not.

And that segues right into the next quotation:

You’re going to have a deportation force.

We’re rounding them up in a very humane way.

It’s curious that the ad would include that part about “rounding them up in a very humane way.” Is that bad? I guess if you’re against any deportation, it doesn’t matter how you do it, it’s still bad.

With serious-sounding music playing in the background, the Trump quotes are juxtaposed the visual image of a group of serious and self-righteous looking diverse folk, including Tom Steyer himself.

Then Steyer declares in his heavily-accented Spanish,

For your benighted non-Spanish speakers out there, that means

“We are all Californians, and it’s time to raise our voice.”

Then the diverse folk all say together Vota [“Vote”). And the screen shows the June 7th date of the California Primary.

Furthermore, immigration is a public policy issue, which American citizens in California are presumably allowed to discuss.  So what does “We are all Californians” have to do with it?

Whatever the implication, it sure doesn’t sound like Tom Steyer wants our immigration laws enforced.

On the Republican side Trump is already the virtual nominee. Thus the only way for Republicans to vote against Trump on June 7th is to vote for another candidate who has dropped out but is still on the ballot. That doesn’t accomplish much.

In the Democratic primary (which is where most of the Spanish-speakers are voting) Trump is not even a candidate.

So why run this ad now? Is it just to be whipping up more anti-Trump hysteria five months out from the general election?

That question of course should be addressed to all politicians running Spanish-language ads in U.S. politics.

It’s relevant to point out that the Spanish Steyer ad is a slightly modified version of several other nearly identical ads in English, which use almost all the same footage. They are:

is almost identical to the previous ones, but was aired later and tells the viewer to vote (because the registration period had ended).

Now here’s another crazy thing. Tom Steyer has been presented in the media as the Leftist version of the libertarian Koch brothers. But he denies it, though, self-righteously claiming that The Koch brothers are in it for “personal financial gain” but he’s not. [Tom Steyer’s intensifying war on Big Oil takes center stage in California,By Christopher Cadelago, Sacramento Bee, July 11, 2015 ]

(There is, however, speculation that he wants to run for California’s governor in  2018—Bay Area Billionaire Tom Steyer Spends Big As Climate Crusader, By Mike Sugerman, CBS, June 2, 2016.

But there’s something rather questionable about the whole Tom Steyer vs. Koch brothers contrast.

Despite the image of the Koch brothers as the bête noire of the Left, how are they are different from Steyer when it comes to the National Question?

If you asked any of your liberal friends to explain who the Koch Brothers are, you’d likely get a response that they were two evil men who may or may not be human and have the powers previously limited only to the great lizard people that conspiracy nuts think control the world.

And yet, when it comes to the National Question

….a significant part of their network is dedicated to promoting mass immigration to America and supporting measures that would grant permanent residency to immigrants who came to our country illegally.

While Democrats may love to demonize the Koch Brothers for their political donations, they should take a step back and realize that they have more in common than they might realize.

So when it comes to preserving the historic American nation, Tom Steyer and the Koch Brothers he publicly disses are on the same sheet of music. And they are all three against Donald Trump.

The bottom line, is I think explained quite simply in Trump’s definition of the term “conservative”, given at a debate :

Isn’t that what true conservatism actually is?