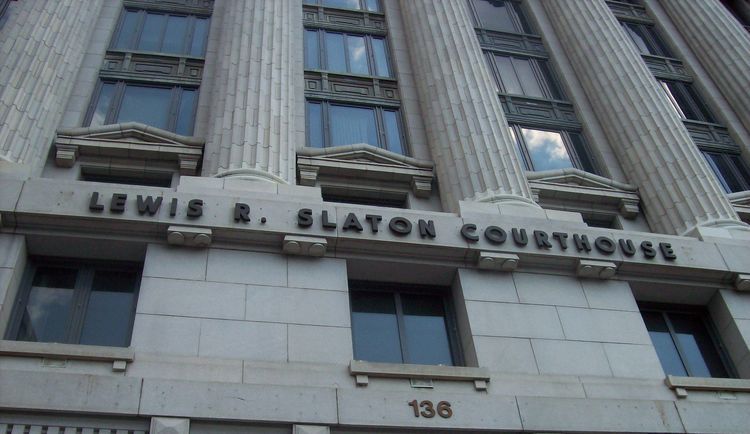 The Fulford File, By James Fulford | Guilty: The SPLC And The Atlanta Courtroom Massacre

"…the 6'-1" 200 pound defendant […] shot up an Atlanta courtroom after overpowering the 5' grandmother assigned to guard him and stealing her gun. 'Women are capable of doing anything men are capable of doing,' the D.A. proclaimed after the killings when questions were raised about having women guard bad dudes." Real-Life Babes Not as Buttkicking as in Movies 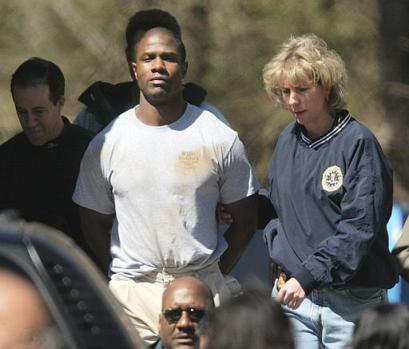 Michelle Malkin added her take on it here: What's wrong with this picture? The picture showed a female officer detailed to escort Brian Nichols after he was recaptured.

Here's the rest of the story: the policy of having short females as police officers is thanks to our old friends at the Southern Poverty Law Center—always concerned about the faintest hint of "discrimination," never concerned about the public interest.

Here's a list of the various decisions that led to female police officers being required by law to do the same job as an officer literally twice their size: Decision with Regard to Women, Affirmative Action and Law Enforcement.

One of the leading decisions in the SPLC's campaign against common sense was the abolition of "Strength/physical fitness tests and requirements" for police officers in Dothard v. Rawlinson (1977).

The SPLC supported the 5'3", 115 lb, Dianne Rawlinson in her attempt to become a correctional employee in Alabama:

At the same time, another woman was challenging the Alabama State Troopers requirement that a Trooper must be 5'9" and 160 pounds. Both won their cases. With others, this has changed the nature of women's participation in police work. Policewomen no longer specialize in investigating women's issue crimes and guarding, yes, other women on their way to court.

Instead, in 1982 Detective Mary P. McCord became the first woman police officer in Alabama to be shot to death on duty, and on 9/11 one of the police officers killed was Officer Moira Smith, who won the NYPD's Medal of Honor.

You might also remember the case of Kathleen Conway, in Cincinnati, which I wrote about in 2003:

"Daniel Williams flagged down Kathleen Conway's police cruiser on Feb. 2, 1998. When she stopped, he hit her in the face and fired four shots from a .357 Magnum into her legs and abdomen before seizing the steering wheel and shoving her into the passenger seat." [Conway fired back, killing him. Officer Conway, now retired due to her injuries, is a heroine, but Williams's death was nevertheless one of the 15 that black rioters were protesting in 2001.]

So feminism has enabled women to get killed the same way men do, or worse. But the abandonment of height and weight requirements, in the name of anti-discrimination, puts them in an extra kind of danger.

The philosophical principle seems to be that since women are as good as men, (and the Supreme Court always acts as if the ERA had passed) then strong must be as good as weak, and short as good as tall.

I personally wouldn't be able to be a police officer unless I could find a police department with no eyesight requirements at all. When I close my good eye, the world turns into a blur. I couldn't tell across the room if the man in my gunsights was wearing a policeman's uniform. 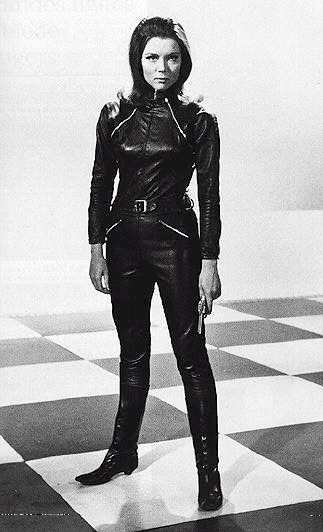 Police forces feel strongly about eyesight, because the officers have to shoot, drive at high speeds in the dark, and act as eyewitnesses in capital cases.

I see pretty well for all civilian purposes, so I'll have to live with it.

Liberals apparently don't feel that way, though. According to overlawyered.com's Walter Olson, when advocates for the disabled are told that putting people who can't walk, talk, or see properly in the workplace is going to get someone killed, they say things like "even if there is an increased risk, society must accept it as the price of creating a fairer workplace for the disabled."

The decision to put women in danger like this is caused partly by what Thomas Sowell calls "Vision of the Anointed," that utopian ideals trump physical reality. And partly it's the feminist butt-kicking fantasies so well described by Steve Sailer. For example, Maureen Dowd says she fantasizes, before writing a "tough" column, thatshe's "Emma Peel in a black leather catsuit, giving a kung fu kick to any diabolical mastermind who merits it." In fact, what Ms. Dowd does for a living is nag and whine.

But the fact that police forces are required by various laws to hire women who can't handle the physical requirements of the job, is thanks in large part to the legal activities of the Southern Poverty Law Center.

Perhaps someone could sue them.