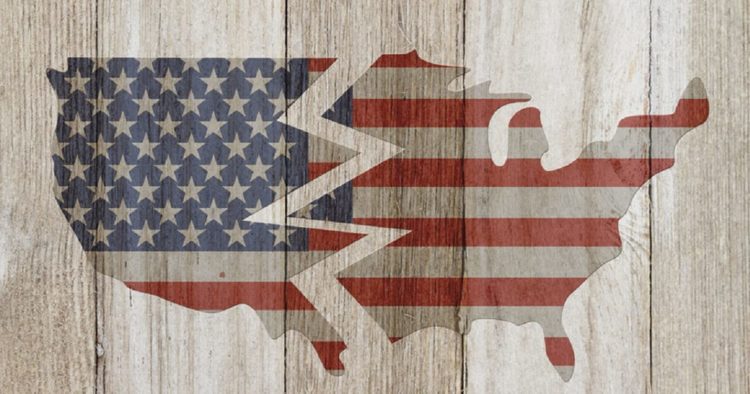 The Fulford File: Nothing Succeeds Like Secession—A VDARE.com Secession Roundup

Because just as the American nation was made with unusual speed, so it is perfectly possible that it could be unmade. On speeded-up film, the great cloud formations boil up so that they dominate the sky. But they also unravel and melt away.

Twenty years after VDARE.com Editor Peter Brimelow wrote these words, secession has been in the news a lot after Obama’s election—petitions have been filed, op-eds written, and while it hasn’t exactly come to the Fort Sumter point, it’s a sign of serious strains in the American body politic.

Here at VDARE.com, we want to say that We Told You So. Peter Brimelow was talking about the possible breakup of the American polity before there was a VDARE.com. In 1995, he  wrote in Alien Nation that

In modern times, there has been a lot of seductive murmuring about internationalism, united nations, new world orders, and so on. But, meanwhile, the role of ethnicity and race has proved to be elemental—absolute—fundamental. Look at the record, working back from the present….

And he listed the countries that had recently been broken up along ethnic lines by secession movements: Malaysia, Czechoslovakia, the Soviet Union, Yugoslavia, Lebanon, Cyprus, Pakistan, and Eritrea.

He also pointed out that there are many secession movements that would happen but don’t, because of “often-bloody repression.” In 1995 this list included Northern Ireland, Sri Lanka, Turkey, Iraq, Iran, Sudan, Chad, Nigeria, Liberia, and India, and the repression included “over 1 million deaths each in Nigeria and Sudan.” (For an update on this, see Pat Buchanan’s 2010 column Ethnonationalism: The Wars of Tribe and Faith Return.

That’s what caused the Late Unpleasantness of 1861-1865—both in terms of the North importing the Irish and German immigrants who manned the Northern Army, and importing the slaves who were the excuse for the whole thing.

A similar “Importing a New People” dynamic was a problem in Bahrain and Libya in the Arab Spring. And it actually can be said to have prevented secession in the case of Quebec—see my 2003 article Swept Away—North Of The Border, discussing the immigrant vote in the Quebec Referendum.

If the United States does separate into smaller parts, it will because immigration has changed the character what was once a unified nation-state into what Theodore Roosevelt called a “polyglot boarding-house.”

What we’ve been pointing out for years is that this can happen, and if things go on as they are, it will happen.

It’s not likely to happen any time soon—but the preconditions for it are growing.

Some general thoughts about secession as a possibility.

First of all, the hate point—our old $PLC friend Mark Potok [Email him] has written a piece called Radical Right Joins in Secession Frenzy . As usual, he finds the most hateful people he can associate with a dissident viewpoint, and blames them for the whole thing.

But the idea that secession must necessarily involve hateful white supremacy is wrong.

Before the Civil War, abolitionists like William Lloyd Garrison wanted to secede from the South—their slogan was “No Union With Slavery.” More recently, a Northern liberal named Chuck Thompson [Email him] has written a book called Better Off without ‘Em: A Northern Manifesto for Southern Secession, in which he forcefully wishes that the American South would go away. (See South-Hating Author's Plan Would Have Saved 600,000 Lives In The 1860s.)

And finally, law professor Eugene Kontorovich has a post at the Volokh Conspiracy titled  The Opposite of Secession [November 18, 2012] saying that

“While secession by U.S. states is often seen as the domain of kooks, America also has an accession movement – and a parallel succession movement that seems to have relatively significant support in its locality and is certainly not treated as kooky.”

What he’s talking about is the Puerto Rican statehood referendum. And he’s right, people don’t think of Puerto Rican independence as kooky. The Puerto Ricans are Hispanic, and thus qualify as minority in the US, and the UN thinks of them as colony to be decolonized.

Both the UN and the US recognize what is called the right of self-determination. Thus in Alien Nation, Peter Brimelow discussed an extraordinary appeal by Canadian Prime Minister Pierre Trudeau for American moral support against his country’s separatist factions.

“[I]n a speech before the U.S. Congress, [February 22, 1977]implicitly appealing for help after Quebec had rejected his vision and elected a separatist government, Trudeau claimed that the breakup of Canada into its component nations would be

[a] crime against the history of mankind

An extraordinary claim given that it was an American president, Woodrow Wilson, who in effect invented the principle of self-determination and imposed it on the dubious European Great Powers at Versailles in 1919.”

Woodrow Wilson’s support of self-determination may have been inspired by the fact that he himself was a child of the defeated and occupied South. (Born in Virginia in 1856, he could remember meeting Robert E. Lee.)  The point here is that if the United States government is happy to support independence for Kosovo and East Timor, it would be hypocritical to deny it to West Texas.

Constitutional law Professor Eugene Volokh has an FAQ answering some common questions. One is the idea that the question was “settled” forever at Appomattox:

Do States Have a Legal Right to Secede on Demand? No, not because the Union victory in the Civil War somehow settled that question legally, but simply because our legal system has never recognized such a right, and is unlikely to recognize such a right. For an original meaning argument for this position, see Texas v. White (1869) (pp. 725-26); but the more important point is that the law, in the sense of the rules that our current legal system recognizes, does not recognize such a legal right.

The reason that the question wasn’t “settled” at Appomattox is that the North didn’t win an argument or a law case, it won a war.

In the Prize Cases, [67 U.S. 635]the United States Supreme Court, writing while the issue was still in doubt on the battlefield used the phrase “Wager of Battle” to describe the method by which the question was actually settled.

Volokh also says, of course, that the U.S. could agree to secession.

In fact, whether secession is possible is not really a justiciable question.  That is, the Supreme Court can’t issue a ukase and say “Come back!” It’s a political question.  Once a state has successfully seceded, the parent state’s laws don’t apply. On the other hand, if the parent state sends an enormous Grand Army to stop it, then it doesn’t matter if it was theoretically legal.

In an 1998 essay on Abraham Lincoln titled The American Lenin libertarian writer  L. Neil Smith compared Lincoln’s feat in “saving the union” to an abusive husband trying to “save” his marriage by preventing his wife from leaving by force:

“Now, when he stood in the doorway and beat her to a bloody pulp to keep her home, would we memorialize him as a hero? “

But nothing like that is likely to happen in a United States breakup, in spite of the fact that Federal Government is much better armed than it was in the 1860s. Modern Washington doesn’t have the will to  guard an air base in Afghanistan, and there are complaints if invaders from Mexico are shot with non-lethal pepperballs.

There have been a lot of successful secession movements, including the amicable divorce between the Czech Republic and Slovakia, and the much less amicable divorce of the former constituent nations of Yugoslavia.

The one thing that could prevent this: letting states make their own decisions. The blogger Instapundit has an MSM article suggesting this: A solution to secession fever—federalism, By Glenn Reynolds, USA Today, November 19. 2012.

But all the areas where the Federal Government oppresses the States—schooling, welfare, regulations, taxes and law enforcement—are so bound up with race and ethnicity that this is unlikely to be allowed.

It’s more likely, as we have said repeatedly, that it will all “end in tears.”

“The contradictions of a society deeply divided as the United States must now inexorably become, as a result of the post-1965 influx, will lead to conflict, repression, and perhaps, ultimately to a threat thought extinct in American politics for more than a hundred years: secession.”

If nothing was done about mass immigration—and over the last 17 years, nothing has been done—he predicted that:

“[d]eep into the twenty-first century, American patriots will be fighting to salvage as much as possible from the shipwreck of their great republic. It will be a big wreck, and there will be a lot to salvage.”

Here’s a list of the articles and posts we’ve done on secession: