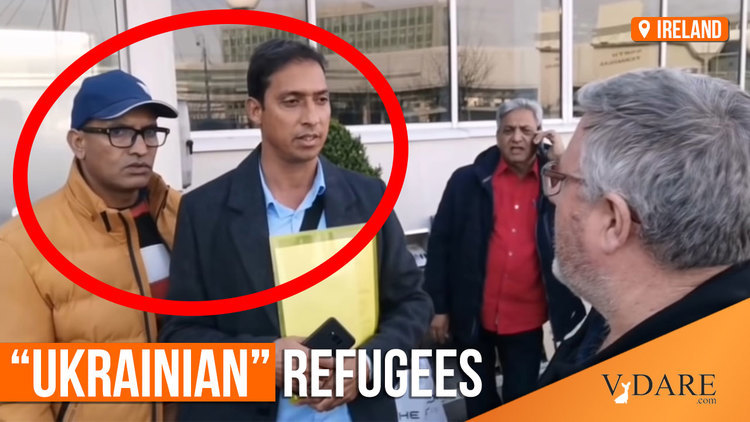 Re: An Irish-American Reader Reports His Ancestral Homeland Taking In 200K "Ukrainian" Refugees—Many From Kashmir!

From: An Irish Expatriate In Poland [Email him]

I’m from a similar background as letter writer Ruaidhri  MacCraith, and I appreciate his comments.

Born of Irish parents in London, I grew up in the UK but spent many happy summers as a child in Cork and Clare, where my parents came from. I know it was economically backward and dominated by the inflexible Catholic Church but I also loved the sheer Irishness of it all. It was like no other place in the world.

I remember my father’s father, who farmed 60 acres in Clare, who liked to order me to “get me hat, boy.” That was my first job at the age of seven, to clamber up on a chair and retrieve his hat from a hatstand, before he went out to the fields to work after his lunch. Then, years later, my mother’s brother taking me for my first pint of Guinness in a country pub in Cork in 1972. Happy days.

Like him, I also recall a trip I made to Ireland in the early 1980s. Walking through the streets of Nenagh, Tipperary, I met someone I didn’t know and we got talking. It turned out he was married to a first cousin of mine. I had so many cousins (64 to be exact) with their spouses and children, I simply hadn’t had the chance to meet them all. But they were all family, as I’m sure you’ll understand.

I’m sorry that the old Ireland has gone and it is now a messy multicultural soup I have no taste for. I spent a weekend in Dublin about five years ago among the surprisingly many African and Middle Eastern immigrants roaming the city and could not wait to get away.

After a lifetime of travel around the world, I met and married a Polish woman and have settled in Poland. To me, this country (and maybe a few others I am familiar with such as Hungary and Belarus) is the last and best hope for our people. It is monocultural, it is confident and proud of its own culture. I like it here. Niech zyje Polska!