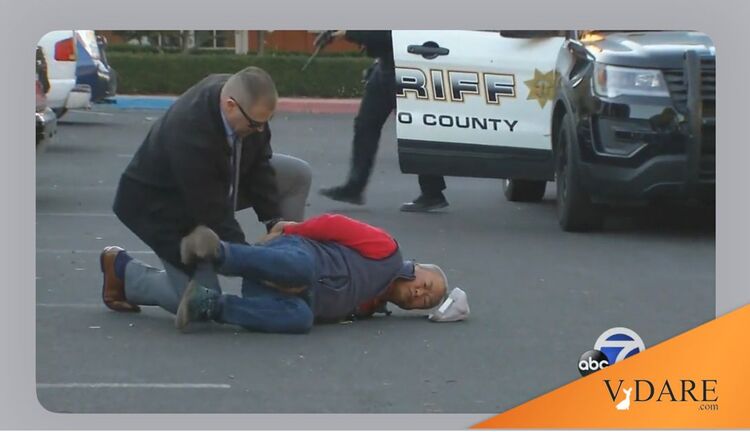 I’m just in the process of updating our list of Immigrant Mass Murders, with particular attention, because of the Lunar New Year incident, to Asians running Amok, when there’s another one:

The New York Times has an item called What to know about the shooting in Half Moon Bay.

Seven people were shot to death on Monday afternoon in San Mateo County, Calif., the sheriff’s office said, the second mass shooting in the state in three days.

The shooting happened around 2:20 p.m. local time at two separate locations near Highway 92 and the Half Moon Bay city limits, about 30 miles south of San Francisco, the authorities said. Another person was transported to Stanford Medical Center with life-threatening injuries.

Here is the latest:

A suspect is now in custody in the Half Moon Bay shootings. Here's the intense moment it happened - caught on video by our @abc7newsbayarea camera pic.twitter.com/1ZGcLh8Byz

As usual, ”What to know about” this case does not include the race of the Asian accused mass murderer, where he was born, his immigration status, or the fact that this isn’t just the second mass shooting but the second Asian mass shooting in a day or so. 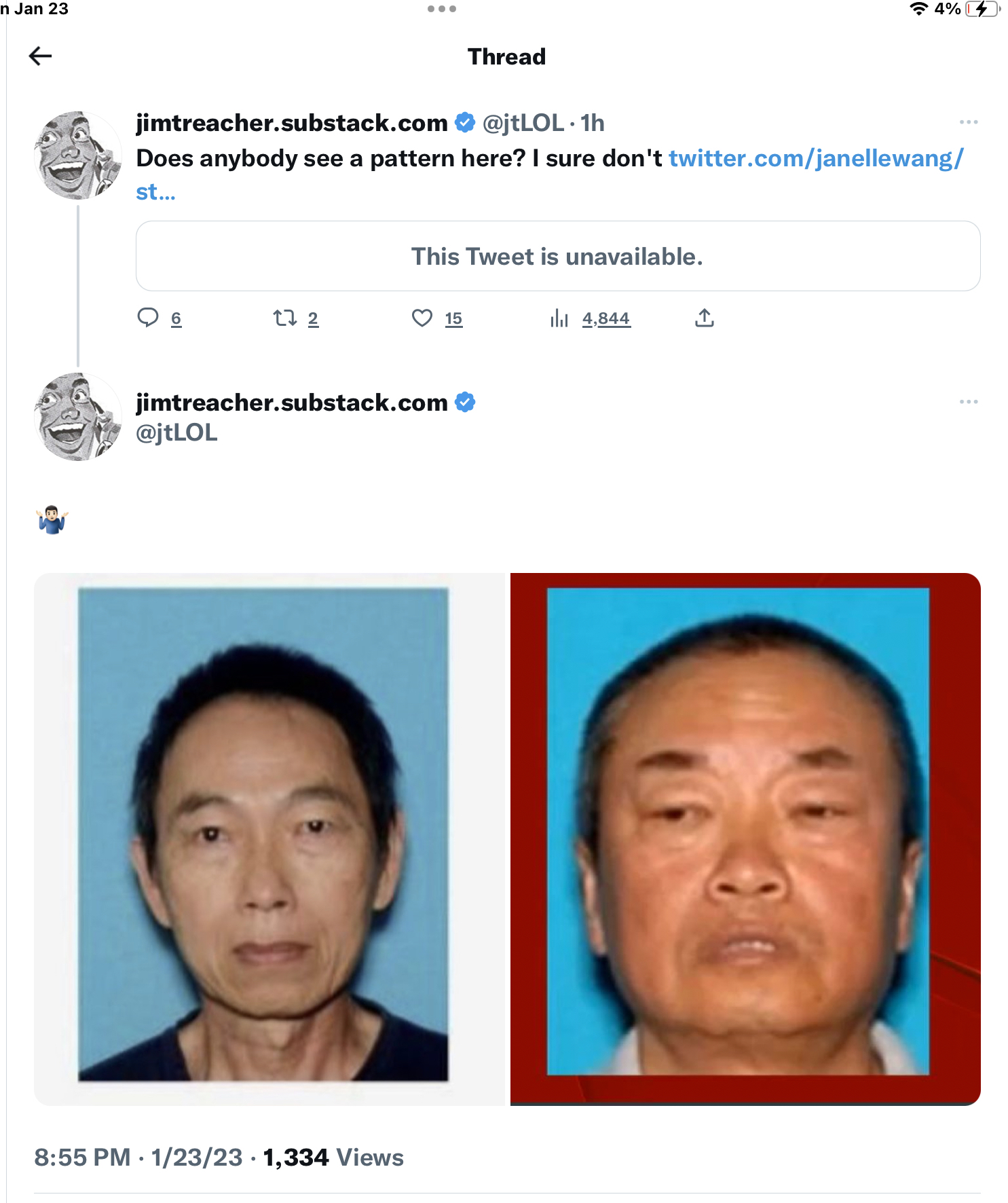