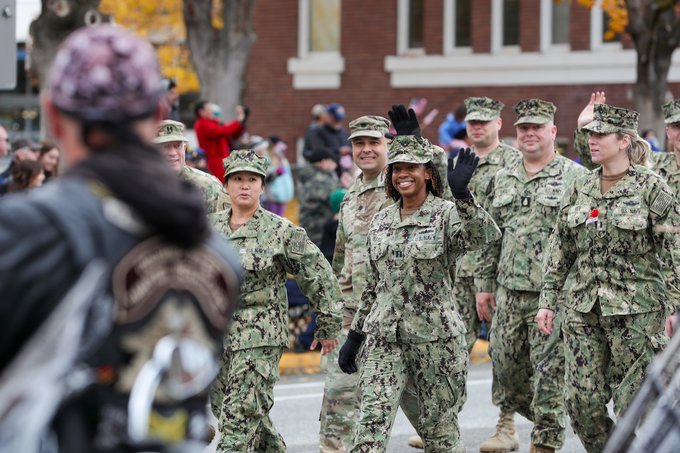 Will the United States of America win another war with a foreign power, when our Department of Defense has claimed “diversity, equity, and inclusion” are necessities and will act as force multiplier?

The Department of Defense on Wednesday posted an article claiming that “diversity, equity and inclusion” are “necessities” in the US military and act as a “a force multiplier.”

From the DoD, “Diversity, Equity, Inclusion Are Necessities in U.S. Military”:

Note, Garrison was the focus of Revolver News’ 2021 exposé, “Meet Bishop Garrison: The Pentagon’s Hatchet Man in Charge of Purging MAGA Patriots and Installing Race Theory in The Military.”

"The Biden administration has just put the equivalent of Ibram X. Kendi in charge of vetting the entire U.S. military."https://t.co/XcOp1nJXF3

He’s a radical left-wing extremist who is working with the ADL and SPLC to purge the military of deplorables.

Garrison spoke to the Center for a New American Security today about the progress being made by the department and what still needs to happen.

Some 41 percent of the military identify as members of minority groups, and that number will grow larger, Garrison said. The military must be able to attract, train and retain them for the services to retain competitive edges, he said. Fewer Americans between the ages of 18 to 24 — the prime ages for recruits — qualify for military service. “So, we have to find out ways of getting to a broader talent pool and broader interest groups in order to bring those highly qualified, talented individuals in,” he said.

He noted that the percentage of minorities drops as they rise up the ranks. “Their numbers tend to begin to decline in terms of service; they tend to get out, and there could be a variety of reasons as to why that actually is,” he said. “We need to take a very data-driven approach to get a better understanding as to what’s actually happening here. What is the problem? And how can we address it?” Garrison said the need for diversity, equity and inclusion to be a consideration or a part of all decisions in the military. [sic]

“I would hope that as many leaders and members of the total force as possible see [diversity, equity and inclusion] efforts as a force multiplier,” he said. He wants them to see the program as a way to make the U.S. military more successful in achieving critical missions and in making forces more lethal.

The goal is to purge red-blooded American patriots and replace them with diversity hires who are loyal to the regime and not the nation.

Showing open contempt for the majority of servicemembers and telling them they’re inherently evil because of their race is not going to boost morale, nor will it make the U.S. military a stronger fighting force.

Bringing in more talented infantry personnel or military intelligence analysts is the goal for any program, he said. When the military gets recruits from diverse backgrounds, there will be more innovative thought, more innovative solutions to incredibly complex and complicated problems that are facing the national security apparatus today, he said.

As Garrison has demonstrated through his own words and actions, there is only one “solution” to every and all problems and that is “more diversity.”

“It’s not just something that has to be done because of some type of cultural ideology or culture wars that are going on — that’s not the case at all. It is, again, not diversity for diversity’s sake,” Garrison said.

He’s right, as Revolver showed in their exposé of Garrison: these purges are being conducted out of hatred and deep-seated racial resentment.

When diversity, inclusion and equity are deemed necessary for the U.S. military, you know the Russian and Chinese military leaders are bending over in laughter.