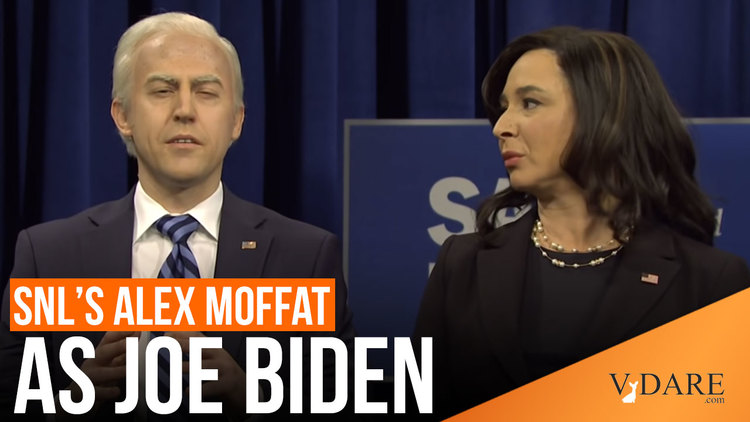 Richard Zoglin is the author, most recently, of “Elvis in Vegas: How the King Reinvented the Las Vegas Show.”

… The first crisis of the Biden administration could be looming: America may have a president, the first in generations, who is impervious to impressionists.

SNL cast member Alex Moffat is the show’s latest Biden, but after one appearance, he seems to be missing in action. The late-night comics have barely tried. And where are the YouTube parodies? This cannot be good for the country.

… But Biden, so far, has been impregnable. The voice is too bland and devoid of obvious quirks, and beyond the occasional “C’mon, man,” his conversational manner too muted and self-effacing, to give the parodists much to work with. Trump supporters and Fox News pundits would undoubtedly attribute this to the media’s liberal bias. And to be sure, Trump was viewed by the (mostly liberal) satirists not just as an irresistible comic target but also as a dire threat to the nation. Biden’s pleasantly boring presidency has been a welcome return to normality — but hardly great material for parody.

What could be funny about the fact that Biden is so old that his sense of what is cool permanently congealed roughly the day JFK was elected President, so that he talks like Edd “Kookie” Byrnes, the greaser valet parker in the 1958 detective show 77 Sunset Strip, whose lingo was a cross among beatnik, kandy-kolored tangerine-flake streamline baby car guy, and Strategic Air Command pilot?

What could be funny about what Tom Stoppard called in Travesties “the cheap comedy of senile confusion?”

What could be funny about Sleepy Joe trying to be Woke by announcing insane stuff about transgenderism and how the black man invented the light bulb?

What could be funny about Biden’s tendency to point out Alt Right-sounding observations like Jews Control the Media and Indian Immigrants Are Taking Over America, but then saving himself by announcing But That’s a Good Thing?

What could be funny about an inner circle of Kamala Harris, Doctor Jill Biden, and Hunter Biden?

What could be funny about the Great Awokening producing the President who is the living embodiment of the Woke complaint, “Lord, grant me the confidence of a mediocre white man”?