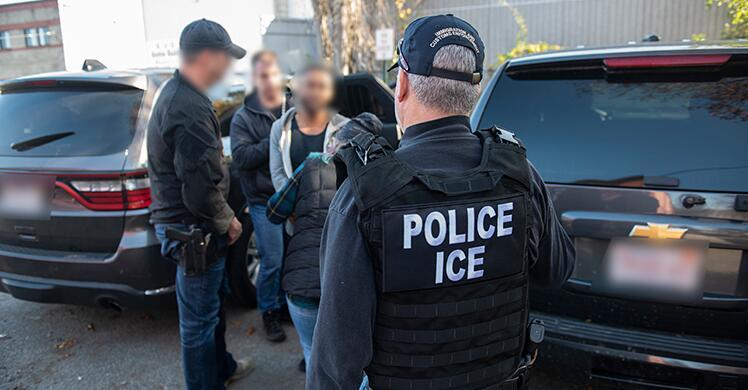 "Coming To Grips" With Illegals? Why Not Deport Them?

After two years of trying to deny that amnesty for illegal aliens is on the agenda of the Bush administration, one of the president's top advisers endorsed amnesty last week.

Homeland Security Secretary Tom Ridge in a speech in Miami pronounced that it was clear that "legalizing" illegal aliens is what we need to do.

The fact that most in his own party, not to mention the country, reject the idea is of only tangential interest, of course.

"The bottom line is," Mr. Ridge, the former governor of Pennsylvania whose own liberalism kept him off the GOP ticket in 2000, said "as a country we have to come to grips with the presence of 8 to 12 million illegals, afford them some kind of legal status some way, but also as a country decide what our immigration policy is and then enforce it."

This is rather new, since it goes well beyond what even the president used to mutter about back in the happy days before 9/11.

The amnesty plan Mr. Bush used to peddle back then was limited to Mexican illegals, of whom there are a mere 2 million or so in the country. The Democrats, never to be one-upped by Republicans in supporting national suicide, one-upped the GOP by demanding amnesty for all illegals.

That's where Mr. Ridge is today, and his remarks in Miami about amnesty (he never used the word but that's clearly what he meant) may have been a way for the administration to start testing the waters, to see if it's politically safe for the president himself to take a dip in the deep end of the amnesty pool by publicly and definitely committing himself to it.

Mr. Ridge's surrogates immediately denied that's what he meant. The Washington Post reported, "Homeland Security officials said yesterday that Ridge's remarks were not intended as a proposal or a change in government policy," and one insisted that the "The secretary was merely acknowledging a very practical problem that exists."[Ridge Revives Debate on Immigrant Status, By Dan Eggen, Washington Post, December 11, 2003]

The problem that exists, of course, is that the federal government won't enforce the law. It hasn't been enforcing the laws against illegal immigration for decades, which is why some 12 million illegals are here.

Not only will it not enforce the law, it encourages people to violate the law by periodically enacting amnesty, as it last did in 1986 and as, under Mr. Bush, it was moving toward doing before the 9/11 attacks made it too suicidal for even the Stupid Party to embrace.

But Mr. Ridge, whose new behemoth department presides not only over the evolving American police state but also over immigration policy, still doesn't grasp what the "very practical problem" is, as his further remarks show.

"I'm not saying make them citizens, because they violated the law to get here so you don't reward that type of conduct by turning over a citizenship certificate," [so why would you "afford them some kind of legal status," as he had just proposed?] "You determine how you can legalize their presence, then, as a country, you make a decision that from this day forward, from this day forward, this is the process of entry, and if you violate that process of entry we have the resources to cope with it."

Obviously, we have the resources to "cope with it," which is why we are able to fight a war against Iraq on the other side of the globe.

The question is not lack of resources but of simple will, and whatever Mr. Ridge said or meant to say or thinks he meant to say, what he was proposing was the legalization of millions of aliens who broke the laws to enter this country.

Why does he or anyone else think we would enforce the laws after we grant yet another amnesty? This is like the alcoholic who says he'll have just one more drink before stopping.

As soon as the terrorist attacks of Sept. 11 took place, we were treated to weeks of sermonizing by both government officials and media-appointed experts to the effect that we must all now adjust to enjoying fewer liberties and putting up with more restrictions on our freedom.

No one ever suggested we might have a real problem with both massive illegal immigration and even more massive legal immigration that allowed the 19 mass murderers of 9/11 to come here in the first place (along with other mass murderers like Jamaican Colin Ferguson and Washington sniper Lee Boyd Malvo, and the list could go on).

What we should hear from the Bush administration and officials like Mr. Ridge is not how we now, after decades of government failure, need to legalize millions of illegals, but how we can and will round them up and kick them out before they murder anybody else.