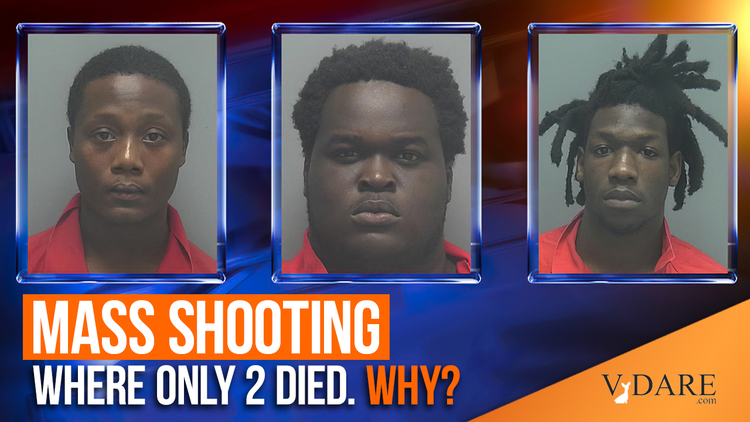 Whenever there’s a mass shooting, VDARE.com Editor Peter Brimelow asks me to check it out to see if it’s an Immigrant Mass Murder. A recent shooting in Texas had the usual delay before releasing the suspect’s race. However, it did have a list of the casualties—eight dead and one wounded. [ 8 dead, 1 wounded in shooting at Plano home; gunman killed by police , by Tom Steele Julieta Chiquillo, and Valerie Wigglesworth, September 11, 2017]This led me to suspect that it was a person of whiteness committing the crime, which was correct.

By contrast, a shooting by a black immigrant at a Tennessee church led to one dead, and seven wounded but surviving. [Shooter kills one, wounds 7 at Tennessee church,  By Dakin Andone, Justin Gamble and Amanda Watts, CNN, September 25, 2017]

This is an example to the “Leaded Law” proposed by the Ben Kurtz blog (and noted by Steve Sailer here) with respect to mass shootings. Kurtz noted that the Club Blu shootings in Fort Myers, committed, by (allegedly ) these guys at the right, were much less deadly than the Orlando Pulse shootings by Omar Mateen. Three shooters only actually killed two people, while wounding 18 [Trauma surgeon recounts night of Club Blu shooting, by Delia D'Ambra, NBC-2, July 28, 2016]. Kurtz wrote:

So here’s a handy rule of thumb when you hear about the next mass shooting and find the press being coy about who did it and why: If the shooters exhibit bad aim (substantially worse than 1 killed for every 3 wounded) then they are Black gangsters settling a score. If they exhibit passable aim (around one fatality for each wounded survivor, or perhaps a little worse) then they are “Irish” “freedom fighters” who have likely pledged allegiance to the “Irish State.” Unless the victims are cops; then a perpetrator with passable aim will likely be a Black man with military training (see Dallas and Baton Rouge).

Marksmanship is Nothing More Than White Privilege, by Ben Kurtz, July 28, 2016. 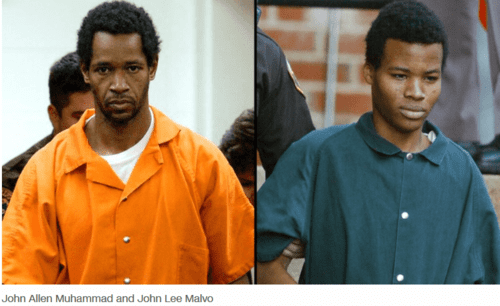 To this list of anti-white black marksmen with military training we can add Washington Sniper John Allan Muhammad, who was the same kind of “Irish” freedom fighter i.e. Muslim.

But what made Muhammad unusual is that he was black and could shoot accurately (10 killed, 3 wounded, CNN, September 22, 2017) When Muhammad (and his juvenile Jamaican immigrant accomplice) were arrested in 2002, Mark Steyn wrote

Heigh-ho. After weeks of assurances that the sniper was an "angry white male," it turns out the only angry white males connected to this story are the ones in America's newsrooms.

On Thursday, after being informed that the two suspects were a black Muslim called Muhammad and his illegal-immigrant Jamaican sidekick, The New York Times nevertheless reported in its early editions that the pair were being sought for "possible ties to 'skinhead militia' groups." The Feds had already released a photo of Mr. Muhammad looking like one of the less goofy members of the Jackson Five and, though one should never rush to stereotype, it seems unlikely that a black Muslim with big hair would have many "ties" to skinhead militias.

We angry white males were right about the sniper, Telegraph, October 27, 2002

And when Muhammad was executed in 2009, I wrote here of the belief that an unknown sniper must be a white male:

The only shred of evidence for this is that African-Americans in general aren't very good shots. This is for once not because of IQ or any racial difference in average ability, it's because of urbanization.

Most African-Americans live in cities these days, and don't get much chance to go hunting or join rifle ranges. John Allen Muhammad, however, had an Expert Rifleman's Badge.

The American military has an excellent record of training people who have never fired a gun before to shoot accurately.

Africans and African-Americans do appear on lists of mass killers appearing both in the Main Stream Media and on our site—we have frequently covered such crimes here:

These lists do include some successful accurate shootings by blacks, but that’s because they are lists of mass killings—incidents where no one is killed won’t appear.

Here are some examples of bad shooting which made our lists: 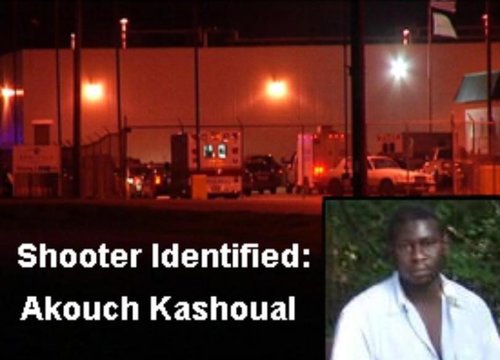 The Florida nightclub shooting that only killed two people wasn’t the focus of a mass national panic. Neither was the case of Akouch Kashoual, a “refugee” who worked in a Nebraska cold storage warehouse. When that that happened in 2010 I wrote

The victims are still alive—a combination of Egyptian marksmanship and American emergency medicine kept any of them from dying, which makes Kashoual's suicide kind of pointless. If he pleaded guilty to attempted murder and wounding, he'd probably be back on the street—the American street—in 2017.

It wasn't like his family to settle differences that way.

"In my country, we fight with our hands. We don't use guns."

Kashoual and Bol, 42, shared the same mother and father in their village in southern Sudan. But their family is large; their father had eight wives, Bol said.

Many of his family members left Sudan to escape the war. Bol moved to Omaha in 2001. Kashoual and his mother followed a few years later, moving to Egypt and then to Buffalo, N.Y., Bol said.

That’s what led me to refer to an incident on Sunday where Sudanese refugee named Emanuel Samson committed a shooting in which he killed one person, and injured seven (one of them by beating him with the actual gun at close range) and in which he accidentally shot himself in the chest without killing himself as “what I would call typical Sudanese marksmanship.”

However, most of the bad marksmanship, or heavy wounded to dead ratio, involved in the “Leaded Law” isn’t from primitive tribesmen, but from regular African-Americans. What causes this?

The ability to remain cool under pressure comes more easily to some people than to others. But it is in no sense out of anyone's reach. In fact, it is the first qualification of a man that Kipling calls for in his immortal poem If. It is illustrated beautifully every time you see a quarterback calmly select and hit his receiver while under the threat of more than one thousand pounds of rock-hard, cat-quick muscle only a step away.

The quarterbacks Cooper was talking about are almost all white—funny thing, that. 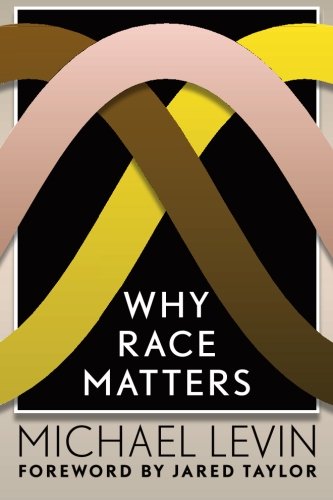 Finally, for what it’s worth, I’ll add this suggestion from philosopher Michael Levin, which I read in his book Why Race Matters, but I found available online at American Renaissance—that the difference between blacks and whites using firearms is evolutionary.

Violence will skyrocket when a group acquires a killing technology it did not develop. Groups that have invented such things as firearms without killing themselves off must also have developed sufficient inhibitions about using them. Groups that acquire weapons from outside sources are less likely to have evolved the same level of self-restraint, just as groups that do not discover fermentation are unlikely to develop a tolerance for alcohol, and often fall prey to drinking problems when alcohol is introduced from outside. Blacks may have been unprepared for access to the firearms developed in Western society. Consider the remarkable increase in gunshot homicides among black men in the last half-century… [i.e. up to 1995]

Now, the sheer availability of guns does not automatically mean murder. Guns have been available for centuries to the whites who invented and manufacture them. Every adult male Swiss citizen owns a gun, yet the annual homicide rate in Switzerland is one two-hundredth that of Washington, D.C. or Harlem.

The Evolution of Racial Differences in Morality, American Renaissance, 1995

Levin was talking about the tendency blacks to shoot off guns at random. I’m talking about their limited ability to hit things. Remember the Sudanese who said "In my country, we fight with our hands. We don't use guns."

Swiss marksmanship, on the other hand, is legendary.

None of this means that black gunfire has gone away as social problem—the FBI  released the murder statistics today, and as Steve Sailer puts it

So, nationally, the homicide rate is up over 20% since 2014, the year of Ferguson and BLM. That’s over 4,400 more dead bodies in the last two years of the Obama Administration than if the homicide totals had simply stayed at the 2014 level for 2015 and 2016.

That is a lot of extra dead people.

But perhaps not as many as it might be if the killers were better shots.

James Fulford [Email him] is a writer and editor at VDARE.com.