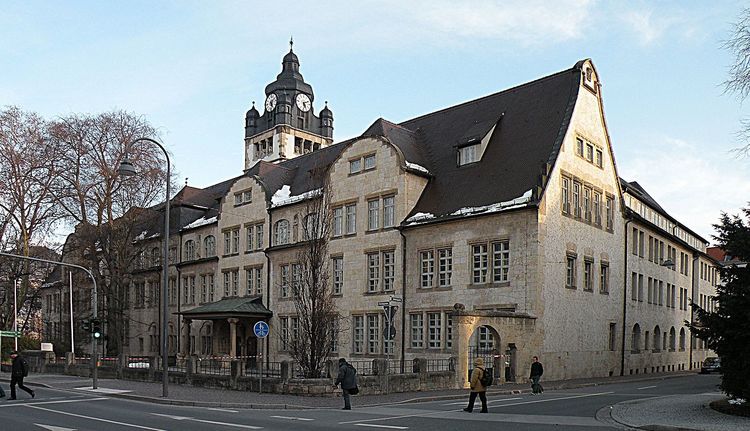 In 1945, the city of Jena found itself in the Soviet zone of occupied Germany and in 1949 it became part of the Soviet satellite known as the German Democratic Republic (GDR). With its ruthlessly efficient secret police, the STASI, East Germany was one of the nastiest Communist regimes. Marxist-Leninist ideology was a state religion and humans were a blank slate, to be molded towards the Marxist Utopia. But it seems that these kinds of anti-scientific attitudes did not leave Jena with the collapse of the GDR in 1989. Anti-science is still entrenched, most notably in the Department of Zoology at the city’s sixteenth-century Friedrich-Schiller University: Don't use the term 'race,' German scientists urge, Deutsche Welt, September 9, 2019.

Hence the recent “Jena Declaration,” made at the 112th Annual Meeting of the German Zoological Society at which Jena’s Institute for Zoology and Evolutionary Research organized an “evening” on the question of whether there are human races, or whether “racism creates races.” According to the Declaration:

There is no biological basis for races, and there has never been one. The concept of race is the result of racism, not its prerequisite.

All of these are hard scientists. Yet their Declaration really reaches a new low in race denial—yet more evidence that Political Correctness is driving science into a new Dark Age. It’s intellectually confused, acknowledging that evolutionary selection has resulted in differences like light skin and eyes in the Northern hemisphere and bizarrely conceding that differences exist among animal breeds but claiming that doesn’t matter because it’s the result of human intervention (!). Even the rabidly anti-scientist journalist Angela Saini  would be able to present something more convincing.

But nevertheless this Jena Declaration will be trotted out by the woke-minded and the weak-minded alike. So those of us who are genuinely interested in science should be armed with a response.

From the Jena Declaration:

The primarily biological justification for defining groups of humans as races—for example based on the color of their skin or eyes, or the shape of their skulls—has led to the persecution, enslavement and slaughter of millions of people. Even today, the term ‘race’ is still frequently used in connection with human groups.

If you're going to declare that “race” doesn’t exist, then you should probably define it.

“Races” are defined as breeding populations that have been separated, for example by geography (i.e., not just by human intervention) for a sufficient period of time that they vary in gene frequencies for physical, and perhaps psychological, traits. As they are adapted to different environments, these gene frequency differences push in a particular direction. “Race,” therefore, is a meaningful scientific category because it allows accurate average predictions to be made about the physical and mental characteristics of different races.

This is the essence of any “scientific” category. There are always things that don’t fit completely into any scientific category and are “on the borders.” In the case of “races,” these gradations are called “clines.” (See Race Differences in Intelligence, by Richard Lynn.)

The Declaration’s second argument: there is no “biological basis” for “race.” However, if even the implicitly superficial race differences the Declaration identifies (eye, skin color, hair color) are genetic—which they are—then there is clearly a biological basis for race.

And, anyway, these differences are not “superficial.” They are important environmental adaptations which have, therefore, been selected for. Straight hair allows you to absorb more Vitamin D from the sun in a dark, northerly ecology as do blue eyes and light skin. Dark skin protects you from solar radiation in a sunny climate. People who lacked these vital adaptations were simply selected out. See The 10,000 Year Explosion, by Gregory Cochran and Henry Harpending, 2009.

And there are very non-superficial consequences to ignoring race. If you need a kidney transplant, your body is much more likely to reject a kidney from a donor from a different race. This is why health services are crying out for minorities to donate their organs.

There is, therefore, no question about it: there is a sound biological basis for “race.”

The third argument, that “race” is “as a result of racism” is plainly untrue. How can you be “racist” if you do not first have a category called “race”? Even if you haven’t quite articulated it yet, you are responding—supposedly negatively—to something. What you are responding to is people who are genetically different from you, in consistent physical and mental ways. You have created a “stereotype”—which is actually nothing more than what might be called “everyday scientific categorization.”

Stereotypes, including racial stereotypes, have been shown to be strongly empirically accurate and they allow correct predictions to be made. Which is why they develop in the first place. [The Things They Say Behind Your Back, by W. Helmreich, 1982]

Also, the late J. Philippe Rushton’s concept of “Genetic Similarity Theory” has shown that we constantly act to maximize our genetic fitness by indirectly passing on more of our genes. Grandparents invest more resources in offspring that resemble them more; we find opposite sex faces more attractive if our own face is morphed into them; friends are more genetically similar than two random members of the same ethnic group; couples are even more so. [Ethnic nationalism, evolutionary psychology and Genetic Similarity Theory, by J. Philippe Rushton,  Nations and Nationalism, 2005.]

Acting in the interests of your “race” is simply an extension of this model. It cannot be seen as something conscious, motivated by “racism.”

[D]etermining which taxonomic difference or genetic differentiation would be sufficient to distinguish races or subspecies is completely arbitrary and thus also makes the concept of races/subspecies in biology purely a construct of the human mind.

This is inaccurate. The borders between races are not drawn arbitrarily at all. They are demonstrated to exist via a method known as cluster analysis, where you analyze the strength of the relationships between different components to reach different groupings or clusters. The signatories would surely accept this method in other analyzes, so it is they who are being 'arbitrary' by refusing to accept it when it comes to race.

Finally, the Jena Declaration falls for “Lewontin’s Fallacy”[PDF]—that the genetic variance within races is greater than the variance between them.

This is easily refutable. The number of variations is not as important as the direction of the variations. If the variations all push in a particular direction—which they do, because “races” are evolved to different ecologies—then this will cause there to be significant, consistent and predictable differences between races, meaning that “race” is a biologically-useful category.

The Jena Declaration shows that there is a powerful anti-science and anti-logic trend in German Zoology—apparently as strong as it ever was when Jena was part of the Soviet bloc.

We have to ask: Who really won the Cold War?