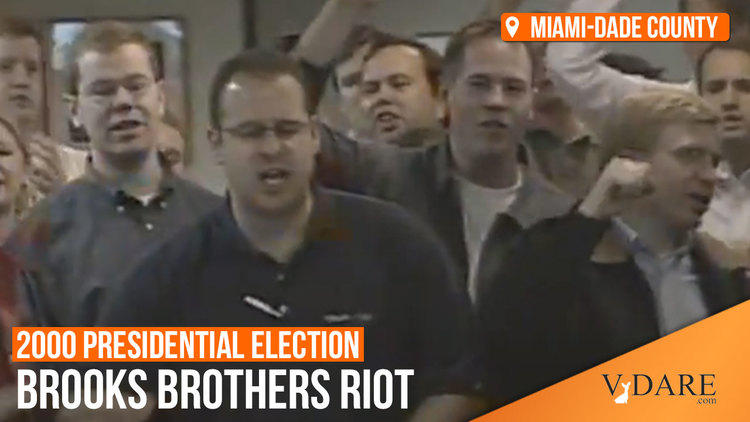 A Reader Has A Question About The Mostly Peaceful Protest: Was The 2000 Brooks Brothers Riot  Worse Than The War Of 1812?

Re: Patrick J. Buchanan: Why The Left Cannot Let Go Of Jan. 6

A Reader In Maine [Email him]

If the January 6 Capitol "milling about" during the Mostly Peaceful Protest was worse than 9/11/2001, 12/7/1941, and possibly the War Between the States, as Biden and Harris have claimed, was the Brooks Brothers Riot worse than the 1993 World Trade Center bombing, the Khobar Tower bombings, and the War of 1812?

James Fulford writes: The so-called "Brooks Brothers Riot" involved Republican operatives noisily objecting to some Florida vote-counters, after the 2000 election of George Bush, taking the ballots to another room so they could be alone with them. There may have been a punch thrown, or a scuffle, but nothing more.

But according to the Left, all measures tending to prevent vote fraud or stolen elections are evil, if taken by Republicans, so probably yes.