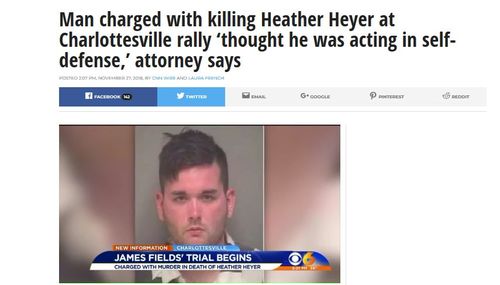 James Fields, Finally Brought To Trial Over Charlottesville Car Crash, Will Plead Self-Defence, As We Expected

This story, Man charged with killing Heather Heyer at Charlottesville rally ‘thought he was acting in self-defense,’ attorney says, WTVR, November 27, 2018, is something we've been predicting since it happened.

In September, 2016, almost a year before the Charlottesville Rally that was attacked by Antifa, I did a column about self-defense in a  riot situation that was inspired by Instapundit (Glenn Reynolds) being banned from Twitter over this tweet: 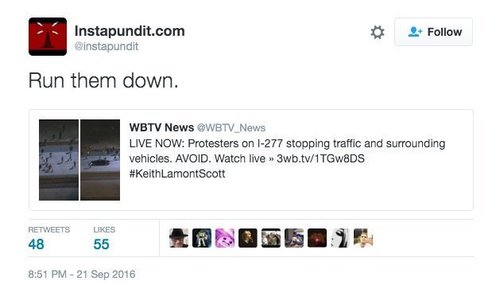 That was during a violent riot in Charlotte, NC (not Charlottesville) over the shooting of Keith Lamont Scott in self-defence by a black Charlotte officer.

Paul Kersey blogged on some of the victims of that riot: Dawn of the Blacks: Horrifying 9-1-1 Calls From Charlotte Motorists Under Assault by Black Lives Matter Rioters. 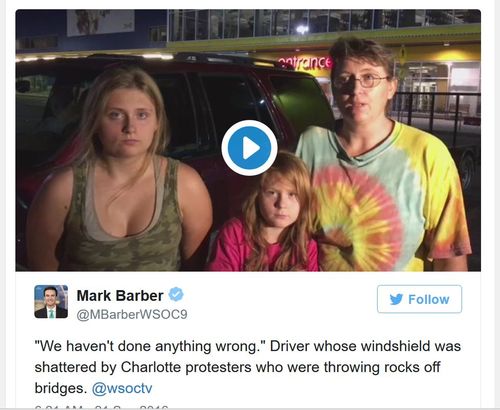 Here's what I wrote (remember, this is before Charlottesville) about what happens in riots like the 2016 Charlotte riot:

The 1983 book The Truth About Self-Protection [Read it on OpenLibrary] by Massad Ayoob (who, if you've never heard of him, is a "hundred percent American" like the late Danny Thomas) was written before the "Rodney King Riots" in LA, but after the Liberty City riots of 1980. Chapter 20 is "The Truth About Cars",  considered both as a place to be attacked, and a means of escape and defense.

Think about that, the next time someone who tries to run over a police officer and gets shot is described as an "unarmed" teen.

"But suppose you are being attacked by people on foot, and you manage to gain the very temporary sanctuary of your automobile?

It may not be a fortress, but your car is still an escape avenue and a mobile battering ram, a weapon deadlier than any gun. Innocent people have died when they were surrounded by fanatical rioters and panicked—look at the horror of the Miami riots."