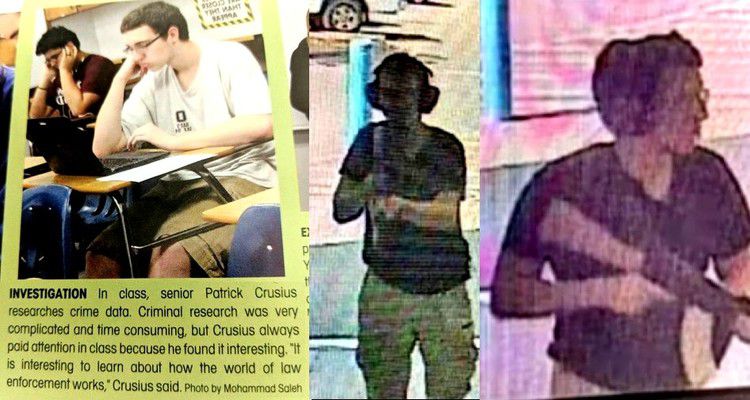 Ann Coulter: What The El Paso Shooter Learned From Immigrants

Earlier by Ann Coulter: It’s an Invasion! … of Moronic Arguments

I know who filled the El Paso mass shooter's head with murderous thoughts! Contrary to the conclusions of The New York Times' Jeremy Peters, it wasn't me and other conservatives.

Peters says we caused Patrick Crusius' monstrous shooting spree by calling illegal immigrants streaming across our border "invaders." It seems that Crusius' "manifesto" also called illegal aliens "invaders." You see? We used the word "invaders"—and so did he! CHECKMATE! [How the El Paso Killer Echoed the Incendiary Words of Conservative Media Stars, August 12, 2019]

I could say it's the Times that inspired Crusius' slaughter, inasmuch as other parts of his manifesto complained about "the increasingly anti-immigrant rhetoric of the right." But I'm bigger than that, New York Times.

(Also, Peters, you lied about my quote, and you know it. I was not proposing that we shoot illegals at the border. I was pointing out the idiocy of Trump’s sending troops there at all, when they are not going to shoot anyone—in lieu of the simple, elegant and entirely nonviolent solution of the wall which I, and 62 million other Americans, voted for.)

Actually, there's another much more obvious source of Crusius' noxious beliefs than conservative commentators—or even the hateful New York Times.

The shooter's primary motive was, as he put it, to "(defend) my country from cultural and ethnic replacement brought on by an invasion."

So he had an ethnic reason and a territorial reason.

Crusius' manifesto included lots of chauvinistic boasting about his people, saying his family had been here a long time "and America is the better for it, so I claim the right to reside here by manifest destiny, for myself, my cousins and uncles and children."

He also had some nasty remarks about immigrants, saying they had "despoiled" his homeland, making it "unsafe and unlivable."

No, wait—my mistake! That wasn't Crusius at all. He said nothing about the virtues of his own ethnic group.

I was quoting Indian immigrant Suketu Mehta's column in the Washington Post earlier this month, titled, "I Am an Uppity Immigrant. Don't Expect Me To Be 'Grateful.'" Mehta [Email him], who is—you'd never guess!—a professor, droned on about the superiority of his ethnic group, claiming dibs on America for his entire extended family.

He raged about the wrongs done to his native country by the United States, as well as to the homelands of Reps. Ilhan Omar and Rashida Tlaib. Apparently, that's why they all moved here. To nag us to death.

Chicano university professors and student groups speak of "reconquista," claiming ownership of the entire American Southwest, which they call "Aztlan." This is based on the idea that it was once occupied by the ancient Aztecs, and Mexicans are descended from the Aztecs. (Who wouldn't want to be related to enthusiastic practitioners of human sacrifice?)

"This was our land," Armando Navarro told the Los Angeles Times in 2006, exulting at the "re-Mexicanization" of much of American territory—or as he calls it, "Occupied Aztlan." He gloated that "a new majority is forming. Everything will change. The White House will be within our reach. We might have to change the name to the Brown House."

Navarro [Email him] was not speaking from his jail cell after being arrested for a hate crime. He was speaking from his cushy office as chairman of the Ethnic Studies Department at the University of California, Riverside.

Similarly, Roberto Rodriguez [Email him], university of Wisconsin professor (!), told the Times: "Mexicans can never be alien because we are native people. We are part of a civilization that never went away. We all belong here."

I suppose it would be impolitic to point out that, with last names like Navarro and Rodriquez, the one thing we know is that these guys are descended from Spanish conquistador rapists.

The student group MEChA—Chicano Student Movement of Aztlan—was formed 50 years ago with the claim that "Aztlan [i.e. the entire Southwest] belongs to those who plant the seeds, water the fields, and gather the crops and not to the foreign Europeans."

There are Mexican activist groups with names like "Mexicans Without Borders" and "La Raza," or "The Race." (Motto: "Por la raza todo, fuera de la raza nada"—"For the race, everything; outside the race, nothing.")

During the periodic eruptions of illegal immigrants in California, mobs of illegals wave the Mexican flag, fly the U.S. flag upside down and chant crowd-pleasers like, "Who are you calling 'immigrant,' pilgrim?"

When the "re-Mexicanization" of California was just getting underway back in the 1990s, Los Angeles City Council member Mike Hernandez gave a rousing speech to Hispanic activists, saying: "We are Mexicans. Mexico, some of us say, is the country this land used to belong to! In Los Angeles, there are 900,000 non-citizens. Everybody in Los Angeles should be eligible to vote."

These attitudes were the driving force behind the El Paso killer's mass murder. The New York Times doesn't have any objections when immigrants talk this way. Is it wrong—or is the Times on the other team?

In any event, thanks to immigrants, all Americans are learning the vital importance of ethnic chauvinism and territorial sovereignty for your own ethnic group.

The epitaph on the El Paso Walmart mass shooting should be: Diversity is a strength!