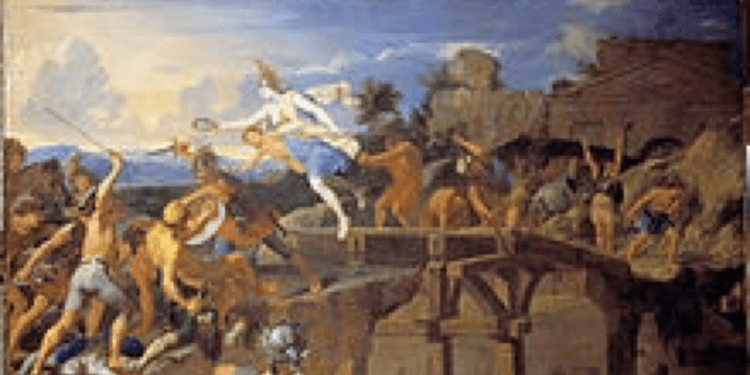 Why I Am a Reagan Conservative/ Immigration Reformer

[PB writes: Actually, I didn't know I was a "Reagan Conservative" when Mike Deaver—OK, strictly speaking, a charming young woman editor—asked me to contribute to a book of essays he was compiling. I thought we were just conservatives. But later Deaver unilaterally changed the title to Why I Am A Reagan Conservative and also dispensed with annoying details like sending proofs, galleys or even a copy of the published book—an example of  thriftiness that would surely warm the hearts of News Corporation's Scottish founders.  (Many thanks to the dear News Corp. friends who finally got me a copy!)

Here's my essay, from pages 117-123. As I expected, no other contributors seem to discuss immigration, not surprisingly since they include Grover Norquist and the late Bob Bartley. Which does go to show, I guess, that they indeed belong to an earlier, pre-National Question, era. As I say in my conclusion, I'm not sure how much longer I can cling to the term "conservative," given the company you have to keep nowadays—a development long predicted by Chronicles' Tom Fleming.

And I am sure that some VDARE.COM readers are not conservatives in any sense, but immigration reformers gathered here in the common cause. Still—enjoy!]

I recently learned with delight that the Indian Army has inscribed, on the monument erected in Tawang province to its soldiers who fell in the 1962 border war with China, the famous lines from Lord Macaulay's Lays Of Ancient Rome

And how can man die better
Than facing fearful odds
For the ashes of his fathers
And the temples of his gods?

Of course, it's entertaining to see that the robust attitudes of the Raj, Britain's Victorian empire in India, are still going strong more than half a century after India became independent. And the conservativism of India's formidable army, which includes regiments that can trace their lineage back to the Napoleonic War, has been a bedrock factor in the country's survival into the post-imperial age.

But beyond that, it's always seemed to me that Macaulay's verse is a litmus test of conservativism. It either it speaks to you or it doesn't. And it spoke to me when I first read it as a boy in the North of England—ironically in a story about a British garrison under siege during the Indian Mutiny, in the yellowing pages of a boy's magazine that had somehow been saved since my grandfather's childhood, two World Wars and various social revolutions earlier.

Macaulay himself was actually a liberal—admittedly a nineteenth century liberal, so arguably he might have been what today is called a libertarian. But I'd have to say he was probably also something of a twentieth-century liberal, in his iconoclasm and his brash rationalism. Nevertheless, here he chose to assume the voice of an imaginary conservative Roman (“much given,” he quipped in his introductory essay, “to pining after good old times which had never really existed.” Sound familiar?) The result is a moment of true artistic genius.

It's vital to note that this verse is not vainglorious and chest-thumping, but somber and stoic. The previous lines are:

Then up spake brave Horatius
The Captain of the Gate:
“To every man upon this earth
Death cometh soon or late…”

In other words, Horatius's point is not that death facing fearful odds is so wonderful—but that there is no wonderful alternative. So why not?

Note also that Macaulay has Horatio fight for “ashes” and “temples”—that is, not in the hope of saving any living family members, or in the service of any gods in whom he has confident faith. The implication: he could have no family members and no hope of divine providence—but his death in battle would still have symbolic resonance.

The core of conservativism, it seems to me, is this recognition and acceptance of the elemental emotions. Conservatism understands that it is futile to debate the feelings of the mother for her child—or such human instincts as the bonds of tribe, nation, even race. Of course, all are painfully vulnerable to deconstruction by rationalistic intellectuals—but not, ultimately, to destruction. These commitments are Jungian rather than Freudian, not irrational but arational—beyond the reach of reason.

In my own case, growing up in Britain in (ahem!) the 1950s, I felt keenly and bitterly the humiliations heaped upon the dying Empire, notably the aborted Suez expedition. And in the 1960s, I immediately and instinctively identified with the Americans in Vietnam, despite following the war through the very dark glass of the British media, including our family newspaper, the very liberal Manchester Guardian. (Now removed to London as the Guardian, and even further to the left.)

Ironically, now that an Anglo-American empire is being re-established in the Middle East, I find myself more cautious than many of my old friends in the American conservative movement. This is certainly because of those early memories of defeat. But my belief in the centrality of the national interest—the American national interest, of which I regard Britain as a subset—does not waver.

We come now to the great switch. I have no doubt that most contributors to this book are going on about capitalism, the free market, and even liberty.

And I agree that these are natural outgrowths of conservatism. But they are outgrowths—epiphenomena of the post-Enlightenment modern age. Conservativism itself is pre-modern.

Why has capitalism proved so compatible with conservatism? I think the answer lies inthe term that Australians use for capitalism: “economic rationalism.” (Diversity is not strength, despite advertisement, but we are fortunate that the English language has so many growth points.)

Capitalism is a rational system. It can only function in a sophisticated political culture. The Austrian economist Friedrich von Hayek famously observed that the appeal of socialism is perennial because human beings have spent the overwhelming bulk of their history in hunter-gatherer bands and naturally think in terms of face-to-face relationships. When rents go up, people find it easy to blame the evil landlord and to vote for rent control. They find it very hard to think abstractly about market forces and the unintended consequences of government intervention.

But conservatives can, because they are temperamentally prepared for “thinking about the unthinkable”—to use the title of Herman Kahn's once-notorious application of realpolitik to nuclear war. Paradoxically, this is precisely because conservatives know the limits of reason. They accept that their values are arational (see above) and don't expect to derive them from a rational process. So they are prepared to reason dispassionately.

In contrast, leftists do believe they derive their values from reason. Consequently, they are always getting into in a state of hysteria if reason threatens to take them in some direction that they don't, in their unexamined way, want to go.

This explains one of the characteristic sights of American debate: liberals in a moralistic snit. Liberals are always in a moralistic snit because their standard operating procedure makes no clear distinction between reason and morality. Everything they do and say is suffused by emotion, in an unstable and unpredictable way. Hence “political correctness” and the extraordinary range of American taboos familiar to all working journalists—for example, about race and gender. In themselves, these taboos give the lie to the idea that American political culture is as rational as advertised.

What now? The American Conservative Movement, which I regard as the flower of democracy and the savior of the Free World, to which I immigrated and in whose closing years I was proud to play a small part as a journalist, is finished. Greatly to my surprise, those who said the end of the Cold War would prove fatal to it were right.

It turns out that many who joined the anti-communist coalition also harbored messianic fantasies about “global democracy” and America as the first “universal nation” (i.e. polity. Nation-states must have a specific ethnic core.)

I can't even be sure that those of us with the deep-structure personality type historically called “conservative” will be able to hold onto the word. Maybe we'll agree adopt the prefix “paleo” (-conservative and –libertarian).

But we won't go away.

And that's an essay for another book.

Peter Brimelow is editor of VDARE.COM and author of the much-denounced Alien Nation: Common Sense About America's Immigration Disaster (Random House - 1995) and The Worm in the Apple (HarperCollins - 2003)