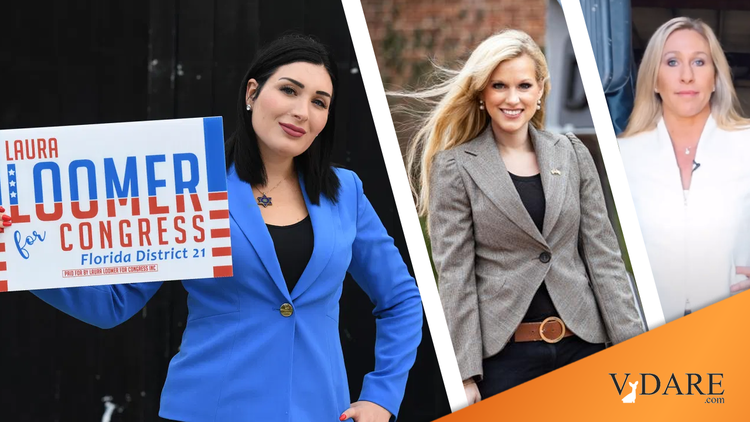 The 2020 Election And Immigration Patriots: Some Bright Spots—And The Bad News Might Be Good!

Take Joe Biden at his word. If he defeats Donald Trump on Tuesday, he will erase or reverse every one of Trump’s immigration achievements and ensure that another nationalist a.k.a. American patriot can never win the White House. Trump at the least won’t do that, and there’s always hope he will do more. But Trump and Biden aren’t the only ones on the ballot Tuesday. The Senate hangs in the balance and reliably red states could turn blue. If Trump and the feckless GOP lose, this great nation’s final days might be upon us.

The most pressing points for immigration patriots:

The presidential race is a referendum on immigration patriotism

Incredibly, the Presidential candidates have mostly ignored the issue that elected Trump in 2016. It wasn’t brought up at all in the first presidential debate or the vice presidential debate. It was only a minor topic in the second Biden-Trump rumble [Immigration was a dominant issue in the 2016 election, but not this time, by Hannah Miao, CNBC, October 13, 2020].

Despite that, the election is a referendum on Trump’s (modestly restrictive) immigration policies. A win will signal to GOP hacks that immigration patriotism is now acceptable and, more importantly, that it wins elections. A loss will embolden the Republicucks, neocons and donors to claim that immigration patriotism cost the party the White House, so it must capitulate and open the borders. The Main Stream Media/ Dem complex will pile on with plenty of post-mortem articles on how Trump’s “evil” nationalism and “demonization” of immigrants set back the GOP and that, as after the GOP’s 2012 defeat, the party must now support Amnesty and more legal immigration to wipe away Trump’s racist stain [RNC Completes 'Autopsy' on 2012 Loss, Calls for Inclusion Not Policy Change, by Shushannah Walshe, ABC News, March 18, 2013].

We all know Trump has not been ideal on immigration. But that shouldn’t discount the serious progress he’s made. With executive orders, he has reduced legal immigration, increased enforcement against illegal immigration, and beefed up the border with 400 miles of wall. Indeed right now, because of Covid-19 and the need to protect American workers from the resulting depression, there is a de facto immigration moratorium, although no one seems to want to talk about it. 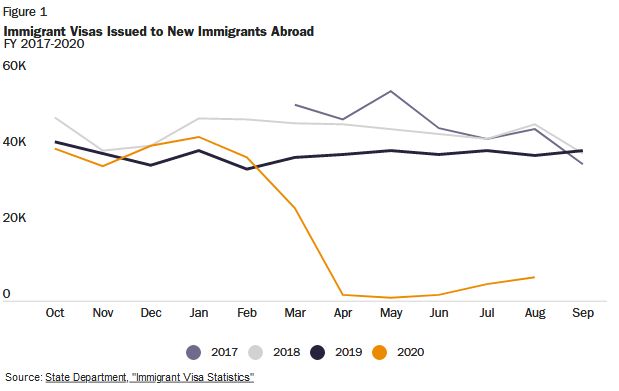 Also on the ballot are the First and Second Amendments.

Tech censorship has sharply worsened as Election day approached. Trump ads and tweets are regularly censored and news stories that harm Biden are suppressed. A Biden presidency will worsen this problem.

Both Trump and Biden want to change Section 230 of the Communications Decency Act, which grants social media platforms protection from publisher liabilities because they are, or are supposed to be, neutral bulletin boards anyone can use.

Trump (and some Republicans) want to revise it to protect political speech on social media yet make social media open to defamation claims. But Biden would eliminate it altogether and turn the platforms into publishers. That would effectively end free speech on social media; Twitter and Facebook would be CNN’s live feed. They sort of already are, but repealing 230 entirely would wipe away the remaining dissidents.

The only thing stopping state-approved tech tyranny: Donald Trump and Stupid Party congressmen and senators—who must stop being stupid.

Biden will also target the Second Amendment. He has promised to confiscate AR-15s, the semi-automatic sporting rifles that resemble, but are not “assault rifles” or “machine guns” [Gun Controllers Try to Hide Joe Biden’s Anti-gun Extremism, NRA-ILA.org September 14, 2020].

And Biden won’t stop there. He’s coming after your 9mm handgun, too.

It’s very bad news, and a great condemnation of Trump as a party manager, that key immigration patriots Jeff Sessions, Kris Kobach and Steve King were stabbed in the back in their primaries by the GOP Establishment.

But there are bright spots. The American political system is astonishingly fertile. Three new unorthodox Republicans have won primaries despite intense MSM hostility and the usual wimpishness from “respectable” Republicans.

All three women connected with the GOP base in a way no Establishment candidate could.

Greene will of course enter Congress, but Loomer and Witzke face well-funded Democratic incumbents. Still, all three demonstrate how America First congressional and Senate candidates can win primaries. They ignored “respect” from the MSM and remembered the patriot base.

Witzke specifically shows the immigration moratorium issue works. You would think Stupid Party Strategists would have learned that in 2016. But, alas, expecting them to change is a triumph of hope over experience.

The MSM is again giddy that 2020 might turn Georgia blue—that Democrats will win the presidential contest in the Peach State and take its two Senate seats.

Both Senate races test the viability of Trumpism. Sen. David Perdue, who generally supports reducing immigration and co-sponsored the RAISE Act, is fighting to defend his seat from a Leftist challenger, Jon Ossoff. With a career B from Numbers USA, Perdue has disappointed immigration patriots by supporting guest workers and opposing Trump’s immigration moratorium. But he is still one of the best Republican senators on immigration.

In the special election, two Republicans are trying to out-Trump each other. Doug Collins portrays himself as the conservative upstart. A career A from NumbersUSA, this loyal Trump ally co-sponsored legislation to tackle tech censorship and has attacked his Republican opponent, Kelly Loeffler, for supporting Black Lives Matter.

While Collins’ immigration record is clearly better, either one would be superior to the average Senate Republican—as long as Trump stays in office.

Right now, the RealClearPolitics average has Perdue slightly ahead.[Election 2020 - Georgia Senate - Perdue vs. Ossoff, RCP, November 1, 2020]. In the special election, Collins and Loeffler are tied, while their black Democratic opponent, Raphael Warnock, doesn’t have enough support to win without a runoff. Republicans need both seats, Trump regardless. A blue Georgia would be catastrophic for the GOP and immigration patriots.

The Good News Is The Bad News Is Good! The Worst GOP Senators on Immigration Might Lose

Four of the worst GOP Senate immigration enthusiasts in danger:

Graham, of course, is the Stupid Party’s biggest Amnesty booster. Defeat would be an appropriate reward for his treachery to the Historic American Nation. Graham and Tillis are polling worse than Trump. Collins is polling better in blue Maine, but her re-election prospects look worse than her compatriots in the Carolinas.

Gardner’s polling is roughly equal to Trump’s in Colorado, but his re-election prospects are the grimmest of all.

Nothing would tell the GOP that immigration patriotism is the path forward than for Trump to win and these three to lose.

Problem is, the Democrats would then take the Senate and stifle Trump’s patriot agenda—or worse, enact Biden’s anti-American platform if he wins.

Let’s look on the bright side: maybe they’ll win, keep the Senate, then get the message and support the Trump immigration control agenda.

In my view, one Republican that immigration patriots should hope loses: John James of Michigan. This GOP Senate challenger to Democrat incumbent Gary Peters is guaranteed to be another Tim Scott. Like Scott, he is black and would push the GOP to embrace multiculturalism and pandering to minorities, while giving up on the party’s white base. James also can’t be trusted on immigration [The one Republican Senate candidate willing to call out Donald Trump, by Alex Isenstadt, Politico, May 9, 2020].

James is more charismatic than Scott. In the eyes of GOP hacks, a Senate win in a Rust Belt state would give him enough stature for a presidential campaign. They would eagerly conclude James and other subversive tokens are the party’s future.

My view: The future lies with young lawmakers who support Trump’s 2016 platform.

Speaking of 2016, the experts are again predicting Trump will lose—just as they did four years ago. I believe they suffer the tragic flaw of hubris.

Tuesday’s election could determine our nation’s future. And it’s not over yet.